The Bold and the Beautiful Spoilers for Next 2 Weeks: Steffy Gives Birth to Premature Kelly – Liam Panics As Infant Struggles

BY Marcy Cohen on May 27, 2018 | Comments: 3 comments
Related : Soap Opera, Spoiler, Television, The Bold and the Beautiful 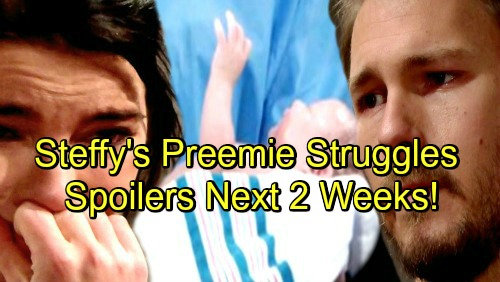 The Bold and the Beautiful (B&B) spoilers for the next two weeks, May 28 – June 8, tease that some desperate situations are ahead. The week of May 28-June 1 will bring pleading from Wyatt (Darin Brooks). He’ll beg Liam (Scott Clifton) to believe his claims about dirty Bill (Don Diamont).

Wyatt will maintain that Bill’s a master manipulator and Steffy’s (Jacqueline MacInnes Wood) innocent with the exception of her one-night stand. After Liam absorbs this news, he’ll pass it along to Hope (Annika Noelle). She’ll be just as shocked by the lengths Bill went to. 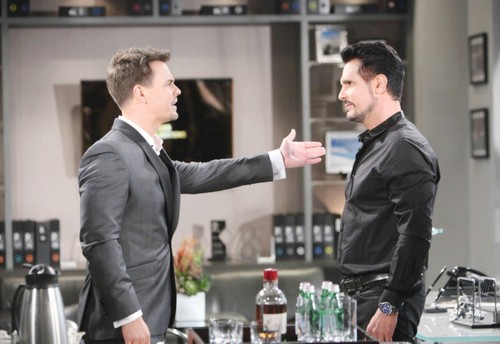 The Bold and the Beautiful spoilers say Hope and Liam will discuss their derailed nuptials. Instead of picking up where they left off, they’ll choose to postpone the wedding. Liam and Hope will feel like they need more time to process everything. They can’t rush into a marriage once they know the truth.

At Spencer Publications, Justin (Aaron D. Spears) will stun Bill by turning his back on him. Bill will want to try a last-ditch effort to keep Steffy, so it’ll surely be something despicable. However, Justin will be fed up with all this. He’ll insist that this time, Bill’s on his own. 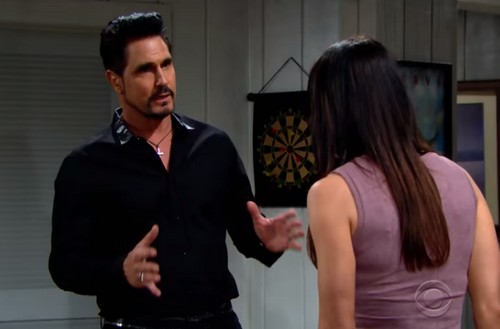 After Bill spars with Wyatt and Liam, he’ll drop by to see Steffy. Bill will be convinced that he can still score a chance with her. Instead, Bill will get the door slammed in his face. As Steffy turns around, she’ll fall and put her baby in danger. Steffy will worry that her daughter may not survive this early labor.

The week of June 4-8 will bring more of Steffy’s kid crisis. Liam will be right by Steffy’s side at the hospital. B&B fans can expect more fear for these parents, but at least Liam will support Steffy through it all. Dr. Phillips (Robin Givens) will help Steffy bring Kelly into the world soon enough. 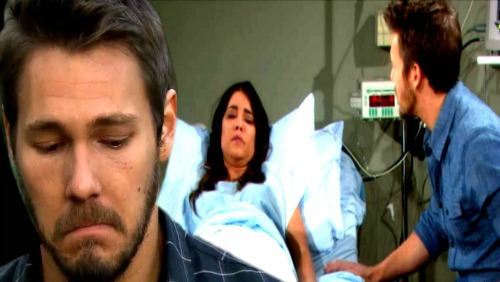 Will Kelly have severe health issues? That certainly seems likely. Liam and Steffy’s baby girl will be premature, so she’ll have to be closely monitored. The Bold and the Beautiful spoilers state that Liam will want to know exactly what happened. He’ll be livid when he learns Steffy fell after slamming the door on Bill.

Liam will suggest that Bill’s to blame for all this, so he’ll be determined to take down his monstrous father. The Bold and the Beautiful spoilers say some gripping scenes are ahead, so stay tuned. We’ll give you updates as other B&B details emerge. Stick with the CBS soap and don’t forget to check CDL often for the latest Bold and the Beautiful spoilers, updates, and news.