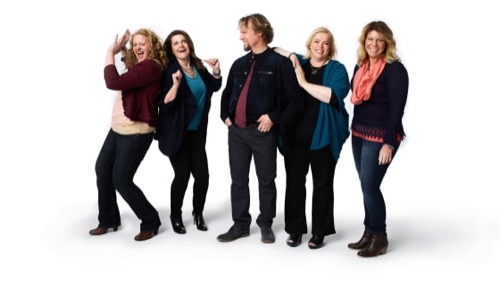 TLC’s reality show about a polygamist family Sister Wives returns tonight with an all-new Sunday, April 14, 2019, season 13 episode 12 & 13 called “Tell All Part 1 and 2” and we have your weekly Sister Wives recap below. On tonight’s Sister Wives season 10 episode 12 as per the TLC synopsis, “The Brown fare left reeing as frank discussion leads to new insights and emotional meltdowns  The questions remains as to whether or not the family will ever settle down in one location; Meri and Cody’s relationship.”

The sister wives were back for the Tell-All! First up was how has the family adjusted to Flagstaff? The “Move” as it was called was traumatic to say the least, but the adults now loved Flagstaff and said the community has really embraced them. They love getting to know the area and most of them considered this move final. Kody had gotten some flak when he said that he wasn’t if the move wasn’t going to be it and he stated that they could go back to Las Vegas if things didn’t work out. There was a part of him will always be open to a move because he said that it was hard to find a place that would perfectly fit them and the only place that came close was Utah. He had loved it there and the family was stationed there for almost six years when they felt like they had to move or risked being imprisoned for being a polygamous family.

Three of the sister wives understood where he was coming from because they went through that long search with him, but Robyn hated all talk of moving again. She wanted to raise her kids and grow old in one place. She wanted to put down roots and she admitted how frustrating it was that everyone else was noncommittal. None of the other sister wives were saying that they wouldn’t move again and in fact, they went out of their way to say that anything could happen in the future. This even went for Meri who tried not to get Robyn started and still faced Robyn loudly claiming that she could predict the future and they weren’t moving again. She was the only one that didn’t want to discuss or possibly consider living anywhere else and so she even griped about it to Kody because she wasn’t leaving Flagstaff.

Kody, however, was going to keep looking until he somehow found perfection. He said that he had been broken when they head to leave Utah the last time and that he was still broken from that situation. He didn’t know where the home was just yet and maybe it could be Flagstaff and maybe not. It was funny how Kody was still mourning being forced to leave Utah that he refused to let any other place feel like home and somehow failed to respect the same of Meri as they continue to work on their relationship. The biggest roadblock they face continues to be the catfish thing. There was a lot of ugliness that came up as a result of the catfish because Meri was being manipulated and she turned all of that anger onto Kody. And so Kody wanted them to move on by wiping the slate clean.

Kody said that the past was erased and that they could start over again, but Meri struggled with mourning their former relationship and what she needed from Kody was understanding. It was one thing to want to put a nasty episode behind them and it was another to pretend like it didn’t exist because he wanted to move on. He was still grieving the move from Utah and so why couldn’t he see things from Meri’s side. She needed time as well and while their relationship was doing a better job since they moved from Las Vegas – it remains a work in progress. Kody said that it was a lot like courting. They were both taking their time with each other and getting to learn who they are now. And so Kody didn’t have to phrase the past as if it was a dead horse because that was downright insulting to all that they were to each other.

Meri wasn’t too much upset about it now on the Tell-All because she had some time to get used to it and, while the move has been great for one on one relationships, there were still some issues. The wives were doing better though the kids were still adjusting. They had a hard time leaving their friends and family behind in Las Vegas. No one wanted to go and so they tried finding some means to be happy. Like the girls that said the boys were going to be hotter in Flagstaff than in Las Vegas! It turns out it was true and they do like having hotter boys around. Only it didn’t change the fact that they lost so much. They had built a path for themselves back in Las Vegas and were now forced to create something new because their parents wanted to move and at the time it had just seemed like they wanted to move because they were bored.

The kids eventually saw the truth that it was best for their family to go along with the plan, but they came to that conclusion thanks to their older siblings and not their parents.