The Bold and the Beautiful Spoilers: Flo Cracks, Steffy Adoption Scam Secret Gets Out – Who’s First to Learn the Phoebe Truth?

BY Kinsley Goldman on March 13, 2019 | Comments: one comment
Related : Soap Opera, Spoiler, Television, The Bold and the Beautiful 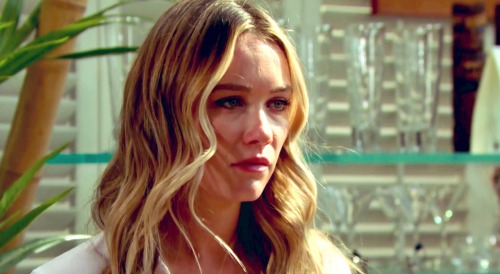 The Bold and the Beautiful (B&B) spoilers tease that Steffy Forrester (Jacqueline MacInnes Wood) will be off canvas for a while thanks to Wood’s maternity leave. B&B will focus on a few other storylines while she’s gone, but they can’t avoid the baby drama entirely. Florence “Flo” Fulton (Katrina Bowden) is sticking around, so there’s no way she won’t have some close calls and slipups as time goes on.

These shockers will inevitably trickle out down the road, so Flo seems like a good possibility for the leak. She’s been on the verge of telling the truth several times and has been quite jumpy around Hope. It should be easy for other characters to notice clues as Flo trips herself up. Wyatt Spencer (Darin Brooks) knows Flo better than anyone else in Los Angeles – at least he did once.

Flo and Wyatt were in love back in high school, so their unresolved feelings could be a problem. Sally Spectra (Courtney Hope) isn’t jealous or concerned yet, but that could change – especially if frazzled Flo starts leaning on her ex. Will Sally try to force Flo out of the picture? She might be able to do it if she finds this baby swap dirt. Sally could unleash it eventually and get Flo thrown behind bars.

Of course, Sally could take the plan in another direction and blackmail Flo with it instead. If she feels Wyatt would have too much sympathy for an imprisoned Flo, she might think holding this over her head is the better option.

Then again, Wyatt himself could hear Flo’s tale. Depending on how things play out and where Wyatt’s at in his relationship with Flo, he might be willing to keep her secret. Wyatt would hate to do that to Hope, but it could happen. It all depends on how this potential renewed Flo and Wyatt romance goes.

Flo’s mom, Shauna Fulton (Denise Richards), is headed to The Bold and the Beautiful in April, so you can be she’ll be brought in the loop. Her daughter won’t be able to hide the adoption scam for long. Shauna could pose another threat to Reese, Flo and Zoe Buckingham’s (Kiara Barnes) big secret.

Bottom line, The Bold and the Beautiful spoilers suggest Flo’s secret won’t be a secret indefinitely. Hope and Liam Spencer (Scott Clifton) may not learn what’s up for quite some time, but other characters will. Will Shauna be first in line? Could Wyatt or Sally join the secret club sooner or later?

It sounds like some great twists and turns are looming. We’ll give you updates as other B&B news comes in. Stay tuned to CBS soap and don’t forget to check CDL often for the latest Bold and the Beautiful spoilers, updates, and news.