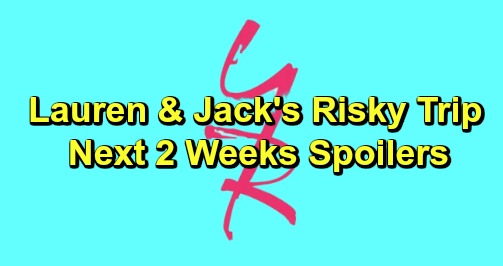 The Young and the Restless (Y&R) spoilers for the next two weeks tease that some shocking moments are on the way. During the week of June 3-7, Adam Newman (Mark Grossman) will receive some news he never expected. Sharon Newman (Sharon Case) will relay that Chelsea Newman (Melissa Claire Egan) remarried and her new husband adopted Adam’s son, Connor Newman (Gunner and Ryder Gadbois).

However, Adam will remain determined to track Chelsea and Connor down. After Phyllis Summers (Gina Tognoni) crashes an Abbott celebration and goes on a slightly drunken rant, she’ll have a fender bender with Adam and ultimately chat with him about an alliance. Adam will pitch the idea and push Phyllis to let him help her go after the revenge she’s seeking.

Of course, Adam will have a personal agenda that’ll take priority. A little later, Phyllis will be kidnapped by someone mysterious. She’ll be hauled off to the location of this person’s choosing, so it should be interesting to see who will swipe Phyllis and why.

Meanwhile, Victoria Newman (Amelia Heinle) and Billy Abbott (Jason Thompson) will have their recommitment ceremony. A surprise guest will appear near the end of their shindig and shake things up – but not in a good way! It looks like Kyle Abbott (Michael Mealor) will also be inspired by this romantic event. He’ll end up popping the question to Lola Rosales (Sasha Calle), which should bring a mixed reaction.

Some of Kyle’s loved ones may be thrilled he’s going after what he wants. Others may have concerns due to his recent split from Summer Newman (Hunter King). Speaking of Summer, she should be irritated and hurt that Kyle’s moving on so fast. That should push Summer closer to Theo Vanderway (Tyler Johnson).

Other Y&R spoilers say Mariah Copeland (Camryn Grimes) will stop by Devon Hamilton’s (Bryton James) place. She’ll likely want to talk about her role at GC Buzz and how it’s just not the right fit anymore. Mariah will think it’s time for a change, which may prompt a new job offer.

Devon has always been a great friend to Mariah, so he should be understanding and support her decision. There’s a good chance Devon will have a place for Mariah at LP, so he may insist on getting Tessa back on board, too. It looks like Ana Hamilton (Loren Lott) will have some complaining to do!

Elsewhere, Rey Rosales (Jordi Vilasuso) will make a shocking discovery – presumably about Adam. Nick Newman (Joshua Morrow) will score major dirt on his brother soon, so Adam had better watch out. Kevin Fisher (Greg Rikaart) will also show up in town again, which will set up a risky deal during the week of June 10-14. Will Kevin bargain with Adam for Chloe Mitchell’s (Elizabeth Hendrickson) sake or will this involve someone else?

The Young and the Restless spoilers say we’ll hear Victor Newman’s (Eric Braeden) stunning announcement as well. He may come clean to his family about his dire health issue. Over with Devon and Elena Dawson (Brytni Sarpy), their romance will hit a speed bump. This may have something to do with Devon and all his Hilary Hamilton (Mishael Morgan) visions.

Devon just can’t seem to get Hilary out of his head, so moving forward with Elena will remain a challenge. Finally, Jack Abbott (Peter Bergman) will hit the road with Lauren Baldwin (Tracey E. Bregman). They’ll take a quick trip together that could bring them much closer. Is temptation looming for these two?