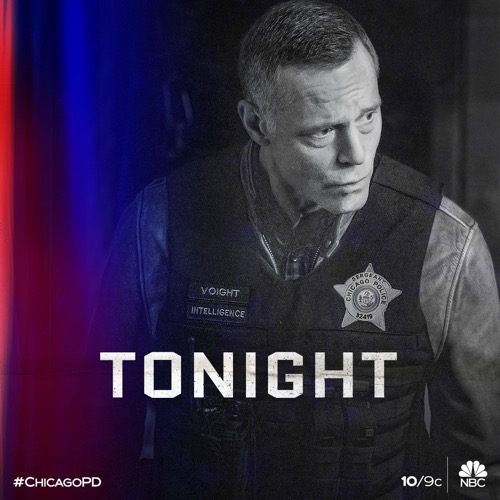 Atwater discovers his brother, Jordan, is back in Chicago and could be tied to the case. Voight faces the tricky task of how to deal with Halstead’s shooter. Burgess finally makes her decision.”

Will comes out and tells the team that Jay is critical. Hank and the team tell Angela that she is being charged with attempted murder and if Jay dies things will only be worse for her.

Hank and Kim head to a new crime scene where a businessman was gunned down in his home. After they leave, they get to work with the team trying to piece down what happened during the home invasion where assault rifles were used. Jewelry, vintage Rolex watches, and cash were stolen. They believe it is gang-related. Before they hit the streets again, Kim tells Adam she is having the baby.

Hailey’s friend comes to check on her at the hospital where she is upset about Jay. Meanwhile, Kevin and his partner hit a local bar following a lead in the form of a woman named Kristy, whose car was used in the home invasion. They spot a guy with a nice Rolex on. Before they can look into a fight breaks up involving a man Kevin realizes is his brother, Jordan. Kevin pulls him into the alley and tells him to get out of there. They take Kristy in. She tells them she loaned her car to her cousin Mitchell.

Lab results come back to show gunshot residue in the car. It looks like Kristy was telling the truth about being at her sister’s. Meanwhile, Hailey is with Jay who is awake but in pain. Hank arrives. Jay wants to know what he can do for Angela. Hank tells him she is being charged. They need to do something since she knows everything about what happened with her husband.

Hank visits Angela and tells her to do the right thing so her son can have a mother. He tells her if she keeps her mouth shut she won’t be in trouble. If she accepts but talks later, he will bury her.

Kim and the team head to Mitchell’s house. They get in quick. They grab him. Suddenly, a friend of his comes in shooting. Hailey takes him out from behind. They check on the apartment next door. Kim is okay and the neighbors.

Hank talks with Mitchell who tells him his associate killed the man in the home invasion. He appears to want to cooperate. Jordan shows up. He asks for Kevin and tells him he is waiting for Kristy to be released. That’s his girl.

Hank meets with Darius and threatens him. He looks the other way all the time with the drugs but he can’t with the guns. Darius swears he didn’t do it. Hank tells him one of his own has betrayed him. They wire Darius up who talks to his man, Trey. Trey admits he sold the guns. He doesn’t share where the rest of them are. Darius doesn’t ask. Hank meets up with Darius after, mad he didn’t get the information he was supposed to. Darius shares he is meeting Trey later.

Hank and the team hide in the shadows for a meeting with Trey to buy guns but Trey doesn’t show, one of his men do. They want to see the guns, he doesn’t want to show them. They stop him as he tries to leave. They want an address. He finally gives in after some arm twisting. They head there and make their way in. They find Trey dead on the floor. Adam gets video footage of the alley. Jordan is the shooter. Adam tells Kevin this is all up to him on how they should play this. Kevin doesn’t know. He runs to Jordan’s who shares that he didn’t Trey, Kristy did. Kevin demands he leave, go home and stay away from Kristy.

Kevin heads to see Hank and tells him all of what happened. Hank thinks they need to get her to confess. That is the best way. They bring her in. They play Jordan against her. She confesses.

Hailey comes to see Jay. He is headed home. Before she can tell him something important, the cell phone rings. It’s Angela’s son. Hailey tells him to let it go. She changes her mind about telling him anything. Kevin calls Jordan who doesn’t answer his phone.