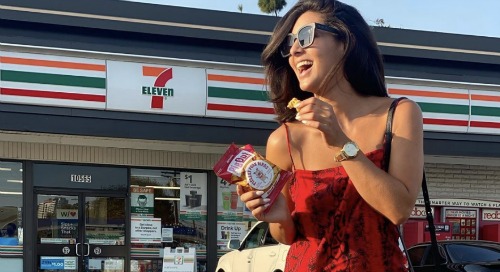 Days of Our Lives (DOOL) spoilers reveal that Camila Banus recently made her on-air departure as Gabi Hernandez DiMera. Banus wrapped her latest DOOL stint on August 28 when Gabi was forced to flee with Rafe Hernandez (Galen Gering) and Eduardo Hernandez (A Martinez).

The three of them left town under the guise of being there for Gabi and Rafe’s sick mother, but the real reason was a deadly threat.

Gabi felt like Will Horton (Chandler Massey) and Sonny Kiriakis (Freddie Smith) needed to know the truth so they could protect Arianna Horton (Sydney Brower).

However, Jake Lambert (Brandon Barash) got the bogus story along with a pack of lies about how Gabi wasn’t interested. Gabi undoubtedly thought it’d be easier to let Jake believe she’d used him.

Jake didn’t seem to buy it, which is good since that should make it easier for these two to patch things up in the fall – and Gabi’s indeed coming back in the fall! The news already broke, but it’s nice to have a little teaser featuring Gabi as well. Camila Banus can be seen in a new fall promo that highlights the returns that are brewing.

September 1 has been widely reported as the expected restart date for Days of Our Lives, though Entertainment Weekly has given August 31 as that restart date instead. Either way, the NBC soap is set to get back up and running soon. There’ll be several familiar faces in the studio again as they resume production.

DOOL insiders caution against assuming all these returning actors will be on set immediately. They could be staggered a bit as Days works to rewrite them into the canvas. Regardless, the point is Gabi will be back this fall – and so will along with Rafe, Will, Sonny and so many others.

As for Gabi, she could pop up on screen again as soon as late October, but November might be more likely depending on how things play out behind the scenes. That’s not so far away!

It sounds like the threat Eduardo’s brought to his family will be resolved one way or another. Days of Our Lives spoilers say Gabi will make a big comeback and hopefully come clean to Jake about how she really feels.