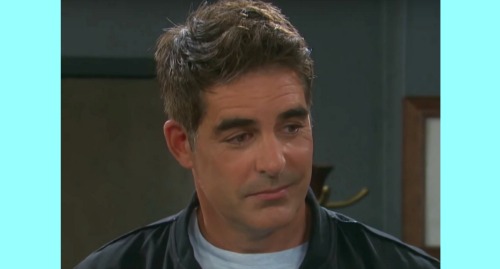 Days of Our Lives (DOOL) spoilers reveal that one NBC soap star is set to exit – Galen Gering is out as Rafe Hernandez. DOOL fans have probably heard that the cast and crew recently returned to the studio following a lengthy hiatus.

However, that doesn’t mean everyone is safe. All cast members were released from their contracts prior to this hiatus, so there’s still a question of who signed on again and who’s just back to film a departure.

It turns out Galen Gering (Rafe Hernandez) is fired and hitting the exit door – at least for now. On The Cliff Dorfman podcast, Gering confirmed that his character will indeed leave the canvas. He isn’t certain about his long-term future with Days, but he clarified things as far as the short-term goes.

“The fact of the matter is, I might as well say it,” Gering admitted. “I don’t know how long I’m going to be on the show…what the next chapter holds. If I’m staying, if I’m going, I know I’m definitely going for a bit, you know what I’m saying.”

Gering later explained that he had to film a couple weeks of episodes to wrap up Rafe’s story.

Although Gering was clear in his comments, reliable Days of Our Lives insiders back up this news – just in case there was any doubt left in your mind that Gering has been fired. In fact, DOOL buzz suggests Gering won’t be the only actor cut, so we’ll keep you posted on that as more information trickles out.

As for the decision to write Rafe out, it isn’t too surprising. Days can never seem to find a popular pairing for Rafe that really works. Other than being a detective, Rafe doesn’t serve much of a purpose on the show anymore.

Since the budget’s tight and DOOL can’t figure out what to do, it makes sense to rest the character for a while. There’s always a chance Rafe will pop back up somewhere down the line.

There’s no word yet on what Rafe’s exit storyline might look like, but hopefully it’ll be a dramatic one! Days of Our Lives spoilers say there’s some great material coming up, so stay tuned.

Will you miss Rafe in Salem? We’ll give you updates as other Days details emerge. Stick with DOOL and don’t forget to check CDL often for the latest Days of Our Lives spoilers, updates and news.