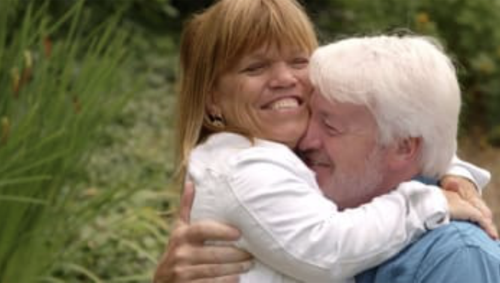 At Amy’s house, she says that making her decision to leave the farm will forever change her life. She finalized the negotiation on the buy-out, Matt is the now the owner of the DW side of the property. They both still own the farmhouse side of the property. She knows he may build a house on his side for him and Karen, but she has to let that go. In the meantime, she is looking for a new house, it will be hard to pick up and move on, but it needs to happen.

Matt has Rick go to the house to look it over, make sure there is no major damage. Amy shows up and hangs around for the inspection. This doesn’t give her a good feeling, she thinks that Matt doesn’t trust her. The repairs that are needed on the house, are the same repairs that were needed when they both lived there. Matt sees that Amy is stressed out. In the end, there is nothing huge, it is all surface repairs.

The farm changed for Amy a long time ago, she doesn’t feel a part of the farm anymore and she is ready to be away from this environment.

Tory and Zach are doing well, she is pregnant again and expecting a little sister for Jackson. This time it wasn’t easy to get pregnant, it took about eight months. At Zachery’s birthday, they did the gender reveal, and they have decided on her name, Lila. They won’t know for a while if she is LP or average height, they have to wait until 32 weeks; but they are happy as long as she is healthy. Tory also got bigger faster, and she was sick every day of her first trimester. Jackson is two years and four months now, in full toddler mode.

Chris and Amy are coming up on their third year anniversary, and they’ve been having a blast together. House hunting is taking a lot longer than Amy anticipated, but in the meantime, she is going through some old stuff around the house trying to reduce the clutter.

Chris sees a future with Amy, he was her realtor before he became her boyfriend. Amy finds that house hunting is frustrating, she put in a few offers and got outbid, and becomes disappointing. Chris says at least she is not in a hurry to move, but Amy feels that she is.

Matt feels good about owning half the farm now. He is building a playground with Jackson in mind. Karen is with Matt and she shows him what he has got done so far. Karen thinks things are so good now between him and Matt, she loves the grandkids. When Matt was waiting before for Amy to make a decision, it didn’t make him happy, now with owning half, he is much happier and excited. She might even consider living on the farm one day, but never in the big house. She is sure that everything will be much better and healthier when Amy buys her new house.

At Zach and Tory’s house, someone is at the door, it is Amy. She has been busy house hunting and hasn’t been able to see the progress in their backyard. Amy is really impressed, they took the pool out and it gave them a lot of room. Zach is happy that his mom is moving into a new house, he thinks it will be better for her.

Karen and Matt go to lunch, he tells her that Amy is a little scared about buying a house and missed a couple that she liked because she acted slow. Matt knows Amy, this could take her two years to find a house and he is not holding his breath.

Meanwhile, Amy is having lunch with her friend Lisa and says that she doesn’t want to rush it and get into the wrong house. She says she loves having Chris’ input, she wants to feel good about this house, but she wants him to feel good about visiting her there. She then goes on about her relationship with Chris, she is not waiting for a proposal, but where are they going and what are they doing.

Today Amy is going back to look at a house that she has had her eye on, she brings Zach, Tory, and Chris with her. Tory likes the kitchen a lot. As she does think about putting an offer on this house, she wants to make sure it can accommodate everyone when they visit. Zach really likes the house a lot. Amy tells Zach that this would be her first anything of hers alone. This is the third time she has looked at this house and she still likes it, it is just a big decision. Chris doesn’t see any negatives with the house. Amy says she wants to make an offer, and she hopes they will accept it.

Next, Tory, Zach, and Jackson visit Matt and Karen. Matt brings everyone to the garage where he built Jackson an airplane because he couldn’t get into one at the park because of his size. Matt wants to make sure that everything is accessible for Jackson. Matt loves this project, it keeps him young. Tory and Zach are happy because there are no obstacles in this plane for Jackson.

At Amy’s house, Chris gives her disappointing news, her offer was outbid. Zach, Tory, and Jackson come over for a BBQ. Amy asks Tory how she is feeling, she says not all good, it is harder for her to move versus her pregnancy with Jackson. Amy says her life is all about finding a house, but there is nothing there. Chris says it sounds like she is giving up. Tory says when she finds the right one it will happen. Zach thinks Amy shouldn’t get mopey about it, she just needs to move on and she will find one. Chris assures Amy that she still has time to find a house. Amy says the worst-case scenario is that she doesn’t find a house before the holidays. Zach thinks it will be better if she moves on quicker rather than later because the tension is just going to grow between her and his dad. Chris has a surprise for Amy that he is hoping will encourage her to find that house faster, he is planning on proposing to her on their anniversary.