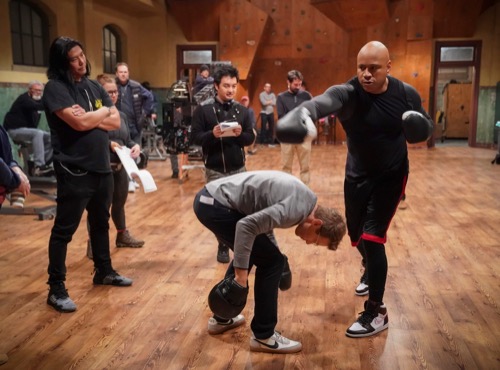 Nell asks Callen if he needs help finding Anna. He tells her no but thanks for the offer. She probably doesn’t want to be found.

Sam and a buddy are training. Eric would like to help Sam with his boxing. They are both surprised but Sam agrees. Eric has a little trouble taking the hits.

Sam’s son calls, he is in town. Callen tells him to go see him. He will hold down the fort. Called reports to a briefing. They have an agent who has been killed and the suspected killer is on the run.

Fatima and Callen head to where the agent was last. Judging by the scene, it looks like she walked into a trap. As they walk the scene and look at camera placement on a pier, Callen asks Fatima if she is doing okay after her incident. She tells him it is good to be with the team.

Meanwhile, Kensie working on a number of leads in the agent’s case with the guys. Nell calls her to tell her about two SUVs spotted.

Callen and Fatima ask a man who lives in a boat on the pier if he would let them see video footage from his camera. He isn’t comfortable with Callen on his boat but lets Fatima see.

Nell radios to Kensie and the others with more leads and footage of their shooter.

Kensie and the guys show up to stake out the house of a person of interest. Meanwhile, Callen and Fatima head to a location where their suspect’s truck has been discovered. Sam and his son walk the beach. His son is doing well. Sam tells him his mom would be proud.

Kensie sets a truck on fire in the driveway of the house they are staking out. The knocks on the door to tell the men inside. They all run out. Callen and Fatima determine that their suspect may be at a nearby vacant house.

Kensie heads into the house while the guys hold the men. Meanwhile, Fatima and Callen find a man inside the vacant house. He runs for it with his hoodie covering his face. After he jumps on the back of a passing tow truck As the man looks back they realize he is another agent. They call Nell and Eric who cannot find him throughout the city’s surveillance.

The team gets word that the agent is in a nearby grocery store that has been shut down. They all head there. They go in together. It is dark with flickering lights. They hear gunshots. They find the agent and see that he is wounded. They offer him help when gunshots come from out of nowhere. They work to get the men. After some back and forth they manage to apprehend the men and get the agent out safely. He thanks them. He gives them evidence in the case of the murdered agent and the other agents who drove him underground trying to stay alive.

Eric and Nell head to dinner together. He gets a text that his friends who started a company want him to partner up. He has a lot to think about.