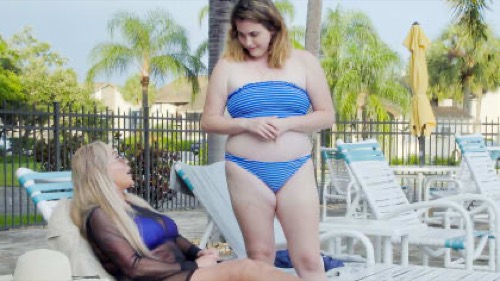 Tonight the TLC  series a fresh twist on family sMothered airs with an all-new Sunday, July 26, 2020, season 2 episode 10 and we have your sMothered recap below. In tonight’s sMothered season 2 episode 10 titled, “Anything For You” as per the TLC synopsis, “After surgery, Brittani reveals her new body to Mary. Sarah’s gift to Laurie bothers Miguel.

Carlo has bombshell news for Kathy and Cristina. Dawn struggles to be away from Cher and Belle. Angelica and Jason’s romantic vacation takes an unexpected turn.”

Sarah is surprising her mom for her 60th birthday, she is setting up a brunch. She wants to do something special because it is a special milestone for her. Laurie’s best friend Sue is there, along with Miguel and his brother. Laurie is happily surprised, Sarah thanks everyone for being there. Sarah gives her a pre=sent and tells her it is something very special, a kidney – it is a necklace to tell Laurie that she wants to give her a kidney and she has already has been tested as a match. It is a promise, when she needs it, she will be there for her. Laurie appreciates the gesture, but she doesn’t feel comfortable to take a kidney from Sarah when she hasn’t had children yet. Miguel is not happy that Sarah offered her to the kidney to her mom, but he hasn’t said anything because he knows that he is going to come across as insensitive.

Kathy is making saucer, Christine is there and her sister. Carlos is not there, he took another shift. Carly is there, they find out that she dated Sal and it didn’t work out. They are all shouting, Carlos walks in and tells them that he just quit.

Mary is going out to the pool, having plastic surgery with Brittani has brought them so much closer. Mary tells her that she looks fabulous, Brittani admits that she feels amazing, happier. Brittani admits that she would always compare herself to her mother because she is beautiful and has an amazing body. Brittani says that she is happy that she had the surgery. Mary truly believes that mothers and daughters should share everything together, there should be no limit.

Cher is at home with the baby, trying to get her down for a nap when Dawn calls. Afterward, Dawn tells Mason that she thinks Cher should live there, that would make sense because she could help with Belle.

Angelica and Jason have finally left on their trip, without Sunhe. Angelica is hoping that Jason does propose to her while they are away. Before they go on their cruise, he surprises Angelica by taking her on a small boat before they leave on the cruise. She tells him that she loves him so much and it seems like they are just getting started, and she has something that she has to tell him. First, he tells her that he loves her to the moon and back, and he wants to be with her for the rest of his life. He gets down on one knee and he proposes to her, he pulls out a ring, she says yes. Jason put the ring on her finger she hugs him and admits that everything that she ever wanted is happening right now, and she wishes that her mom was there. So, he asks her what is it that she was going to say before he proposed.

Sarah asks Miguel what he thought about her giving her mom a kidney, he says it is nice, but he has concerns, how is it going to affect her with the rest of her life and they’re having children. She says she understands his concerns, but she is a perfect match and that is rare. She tells Miguel that having children really doesn’t excite her. He responds that he wants kids and he would be disappointed If he didn’t have any. She asks him if it is a deal-breaker, he says it is a concern. If it came down to it, she would pick her mom, she would not give her a kidney and save here life.

Back to Angelica and Jason, she tells him that she is pregnant and she couldn’t tell him sooner because she didn’t know how he would react. Angelica calls her mom, Sunhe, and tells her the good news, along with telling her about the proposal and the ring. Sunhe tells Jason that she loves him. Angelica is most excited to build a relationship with her by having a baby. Jason is super excited, but can’t help worrying about his relationship with Sunhe.