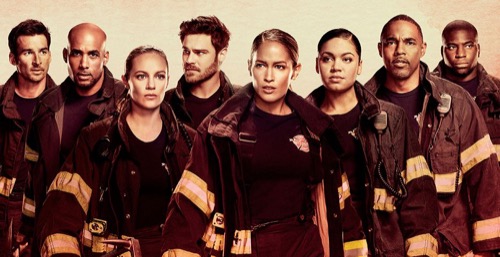 Tonight on ABC Station 19 returns with an all-new Thursday, January 23, 2019, season 3 episode 1 called, “I Know This Bar” and we have your Station 19 recap below.  On tonight’s Station 19 recap as per the ABC synopsis, “The members of Station 19 pack their gear and head to Los Angeles, California, to help battle a deadly wildfire raging out of control. While the team works to evacuate residents, they meet Terry (played by Patrick Duffy), and Ben makes a split-second decision that changes both of their lives.”

The firefighters at Station 19 were fine two weeks ago. Vic finally introduced her friends to her new boyfriend and they were happy for her. Some of them knew Dr. Jackson Avery from before. He was a good guy and that’s what Vic deserved after everything. Therefore, everyone was in a good place two weeks ago. They were doing fine until they got the call-out at Joe’s Bar. A car crashed into the bar and several bargoers were injured including more than one doctor from the nearby hospital. The hospital was where the car was heading.

The couple in the car were coming home from a party when the husband began experiencing a heart attack. His wife was behind the wheel and so she was rushing when someone came out into the road and forced her to swerve. She swerved directly into Joe’s Bar. The car was blocking the entrance and there was something else blocking the exit. The people in that bar were trapped. There was no escaping and so right then at that moment, they needed Station 19. The firefighters were called to the scene and they were making their way there, but first Jackson called Vic.

Jackson was in the bar when the car accident happened. He was unharmed thankfully and so he was treating other people. Making sure that they were okay. Jackson also called his girlfriend because he wanted her to know he was okay after everything she’s been through. Vic had lost her last boyfriend. Her boyfriend had died tragically before his time. It took Vic a while to want to try again. She was only doing so now with Jackson because she thought she was safe with him and so this accident was bringing back painful memories.

The firefighters also had two members of their team trapped at the bar. Pruitt was their retired captain and he had been at the bar getting a drink with Ben who was another firefighter. Ben and his wife had recently suffered a miscarriage. This miscarriage happened after Ben’s friend at the station threw them a surprise baby shower and so the couple now has to face a bunch of the gifts they no longer need. Ben had even needed a drink because he was in so much pain. He went out with Pruitt to let off the steam and this is what happens.

They were just as trapped as everyone else. The firefighters later arrived and they figured out what was backing the exit. There was this huge truck parked right next to the door. So, Andy broke into the truck. She then proceeds to hotwire it because she needed to drive it away from the door and as Andy was doing this she began talking to Vic. She asked Vic how was she able to move on as she did. Andy was suffering from her own case of heartbreak and she couldn’t see through it to the other side.

All Andy wanted was Sullivan. Sullivan was in love with her as well and so the only thing stopping them was the job. He was in a position of power over her. He couldn’t date a subordinate and that meant their love could never be. They now have to move on. Sullivan seemed to be struggling with that part because he tends to send meaningful glances at Andy while they were at work and she sees him doing that. She sees him and she wonders what if. Andy wants to be with him. She wants to see their relationship goes and they can’t do that because of their jobs.

That’s why Andy asked Vic for advice. Vic told her the only way forward was to embrace her grief rather than fight it. It was fighting it that prolonged the pain and so Vic told her to yell, cry, or puke if she needs to. She needed to get all of it out. Vic was giving Andy the advice she needed and later they ran into another obstacle in removing the truck from the exit door. They had been blocked in by another fire truck. They needed to move that before they could move their truck and so it was a whole thing. All the while the people inside the bar remained in danger.

The car that crashed into them wasn’t stable. The firefighters had freed the husband first because he was in the most danger and then they went in to free to the wife when the car moved. The car moved and the wife’s throat was cut. Montgomery tried stabilizing her. Not that it did any good because her jugular was cut and so the wife eventually died. Her husband who had a heart attack was safe, but the wife died because she crashed her car and was injured in the fallout. Her name was Joan and technically she died after securing her husband. And so it’s not like she died in vain.

The rest of the firefighters finally got into the building. They removed the injured and in other cases, they reunited a husband with his wife. Ben and Bailey have been through a lot and so seeing each other after he could have gotten hurt like – had reminded them what’s important. They have each other. Their reunion was heartfelt and it was nothing like Andy’s with her father. It wasn’t that long ago that Pruitt called his daughter a slut because he thought she had slept with Sullivan and so they still weren’t in a good place from that and they might never be again.

Andy was asked by her best friend about it. Maya had wanted to know what was going on and Andy kept shutting down the conversation. All she was willing to say is that she never slept with Sullivan. Andy didn’t want to have to explain herself and she was lashing out at Sullivan because of it. She thought her friendships were hurting because of him and so she was insubordinate. Sullivan had tried to put up with it at first, but then he decided to suspend Andy for a week and both know that wasn’t going to change her attitude any.

Maya also later broke up with Jack. She saw from what happened with Andy that it was too messy to get involved with someone she works with and so she dumped Jack. And it wasn’t hard for him to put the pieces together as to why.