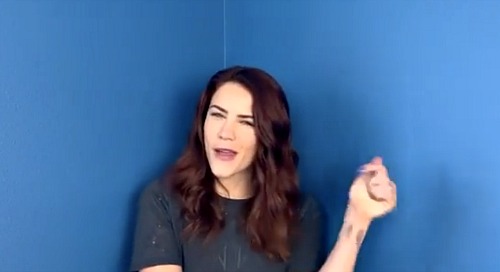 The Bold and the Beautiful spoilers tease that Flo Fulton’s (Katrina Bowden) unconscious state will lift. Bowden’s character will be fully aware that she’s being held in Sally Spectra’s (Courtney Hope) apartment when B&B fans see the first new episodes of their favorite soap opera during the week of July 20.

Natural speculation, regarding whether Sally and her friend, Dr. Penny Escobar (Monica Ruiz), were able to remove the then knocked out Flo from Wyatt Spencer’s (Darin Brooks) living room will be answered. Both ladies take Flo to Sally’s and then secure her to a radiator so she can’t escape.

Sally clearly wasn’t thinking straight when viewers last saw her in April. Flo determined that Hope’s character actually didn’t have a terminal condition. She then confronted Sally at Wyatt’s house.

Flo tricked Sally into revealing that she didn’t need a walker by cleverly dropping a rubber snake on the floor. Sally’s fear of the assumed reptile, rather than its play replica, caused her to literally run across the room. 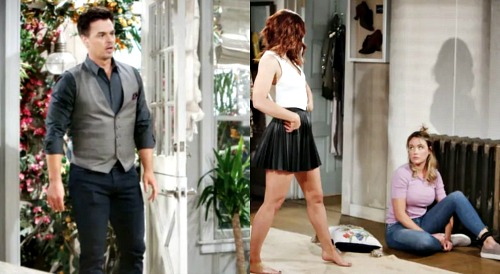 Bold And The Beautiful Spoilers – New Episodes Ready To Air

Hope’s character had already boxed herself into an impossible position. Sally’s situation became all the more perilous after Penny freaked out and hit Flo on the back of her head.

In classic daytime fashion, Brooks’ character was approaching his house. He dropped his key ring, picked it up, and inserted one of the metal objects into the lock while Sally and Penny were inside frantically trying to carry Flo out.

Wyatt turned the door knob and entered, with Brooks’ eye-pop and near verbal shout at whatever he found serving as the end of the last broadcast episode.

Recent news indicates that two episodes, which were produced and ready to air in March, have been held in the can. Those shows will air this week, followed by new B&B episodes that were shot since late June.

Sally has no clear way out of these problems. But she reveals her pregnancy plan to Flo and Penny. Both ladies are totally opposed to Sally’s intent to target Wyatt while Flo is being held.

New episode information indicates that Wyatt will become aware of a note Flo sends him and then demands that Sally divulge his true love’s whereabouts. Yes, B&B is back at long last and appears set to deliver the heat here in July.