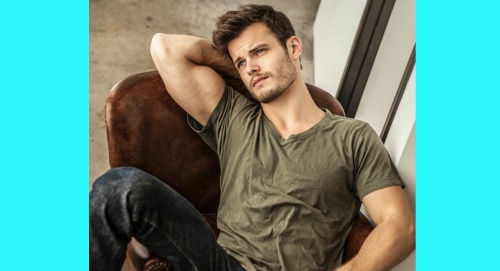 The Young and the Restless (Y&R) spoilers reveal that Michael Mealor (Kyle Abbott) recently reflected on one of the strangest parts of his job. Many Y&R fans love the onscreen chemistry between Kyle and Summer Newman (Hunter King), which is often on full display. There’s been no shortage of love scenes since Summer and Kyle reunited, but those scenes in particular can be challenging according to Mealor.

In an interview with Soap Opera Digest, Mealor offered the inside scoop on what it’s really like to pretend to sleep with your coworker. As you can imagine, it’d pretty odd to say the least! “It’s funny because Hunter and I just look at each other and go, ‘It’s such a weird job that we have,’” Mealor admitted.

Mealor reflected on filming two episodes of bed scenes at one time, which meant spending the whole morning in bed with King. It can be uncomfortable since it’s all rather clinical and not as steamy as it appears.

“Love scenes are the most unnatural thing in the world, which can make it really awkward,” Mealor said. He added that they have to make it look like there’s emotion attached when there isn’t, which is “an actor’s conundrum.”

Fortunately, Mealor is able to roll with the awkwardness thanks to his Young and the Restless costar. He had lots of nice things to say about King, who makes his job easy despite how odd it is. “Hunter is one of my best friends, which makes doing love scenes easy,” Mealor insisted.

Mealor talked about how they know each other so well that they’re in tune with what each other’s thinking. They don’t worry about taking things too far or checking about what’s going to work.

King and Mealor have found their groove as an onscreen duo, so they just make the magic happen and erupt into laughter afterward. As soon as someone yells cut, they go back to making jokes and having fun.

Mealor insisted “it’s all in the editing,” but we think he deserves some credit along with King! They’re certainly able to make it look steamy, so kudos to these scene partners for doing some fantastic work. As other Y&R news becomes available, CDL will have more updates for you.