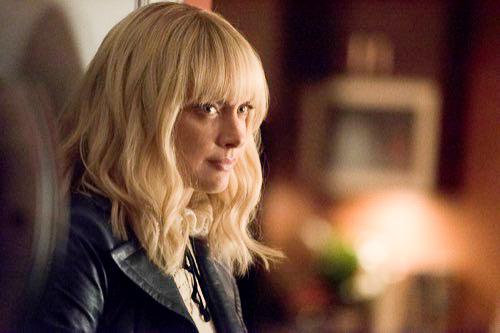 Tonight on the CW the series Batman airs with an all-new Sunday, February 14, 2021, season 2 episode 4 and we have your Batwoman recap below. On tonight’s  Batwoman season 2 episode 4 called, “Fair Skin, Blue Eyes” as per the CW synopsis, “As Batwoman (Javicia Leslie) attempts to fight the proliferation of Snake Bite through Gotham, a random encounter forces her to revisit her painful past.

Empowered by her new role, Ryan Wilder is determined to ensure others like her don’t go unnoticed. Meanwhile, those closest to Kate are given a good reason to believe she is still alive, forcing unexpected alliances and betrayals.”

If there were not enough syringes in Gotham city, a new party drug just hit the streets and it is really strong, it is called “snake bite” and it is known for its dual prong injector needles which is said to give a double whammy dose of fantasy and fright. So it is more bang for your buck. It is already in the city and the sought after high, it is as lethal as it is addictive.

Batwoman is already on the street and she has found someone who has taken it when he won’t tell her who sold it to him, she hangs him in the air, upside down. Then, batwoman is off to find the dealer. She is driving and ropes a guy in who is wearing a mask, she pulls off his mask and tells him that she will find the head of the snake and cut his head off.

A young boy walks up to her and shows her a newspaper clipping of a boy who has been missing for three months, he says nobody cares, then asks her if she cares.

Jacob holds a press conference and says that he believes his daughter Kate is alive and he is offering a million-dollar reward for her return. It is the largest cash reward in Gotham history. Luke is excited, with all this press and reward, he is convinced that they are going to find Kate.

Ryan goes to see Mary and tells her that they have themselves a bat mission, to find Kevin Johnson. And, she thinks that the cops weren’t looking for him because they thought he was a runaway. He disappeared somewhere between home and school. Ryan thinks back to when she was in a foster home and the other girls were mean to her. Ryan and Mary go for a drive, they stop at a newspaper stand and Ryan pulls over. She remembers when she was little she was at the same newspaper stand and a woman drove up and offered her candy and free comics. At first, Ryan says no, but then she reconsiders and gets thrown in the van. Ryan tells Mary she thinks that Kevin was grabbed to be sold to a gang.

Sophie is home, she notices a half-eaten piece of food at the table, she pulls out her gun, Alice is in the kitchen. She reminds Sophie that she made a deal with Safiyah to find Kate. Sophie says she doesn’t need any help finding Kate.

Jacob has a picture from Kate’s phone, one of her last posts, it is a piece of art with the name Safiyah written on it.

Ryan tells Mary that the woman who grabbed her prayed on every foster kid’s greatest fear, that they don’t matter, they are invisible. She says so much crap has happened since that she put it out of her mind, until Kevin’s disappearance. The woman had sixty days to break her and Ryan had sixty days to prove her wrong.

The woman who has Ryan ties her up and gags her when boys come to the window randomly, looking for a missing girl, but not Ryan. She tries to bang on the window, but they don’t hear her. In the end, a friend from the foster home lets herself get caught, only to save herself and Ryan.

Alice tells Sophie that she wants to work with her because she knows she will do anything to find Kate. A knock at the door, Alice answers, and Luke is there, she pulls a gun on him, Sophie’s gun. Sophie tells her to put the gun down, he can help them. Sophie throws her cell phone at Alice and manages to distract her while she grabs her gun back. She tells Alice, never to touch her gun again.

Ryan goes back to the house where she was taken, she tells the woman she is there to claim Kevin. All of a sudden two men attack Ryan from behind with a taser and the woman sprays something in Ryan’s face. Ryan is back upstairs in the same attack where she was held captive when she was younger. Just before Ryan knocks the woman out, she tells her who she is. Meanwhile, Kevin has turned bad, and he tases Jacob, then is told to kill him when they have him tied in a chair. Batwoman saves the day and frees Jacob, along with Kevin who is still holding a gun. Kevin says he wants a family and they wanted him. Batwoman tells him that she knows he has a brother and if he pulls that trigger, he will become exactly what the candy lady said about him. She says she found him because he matters and he is so much more than this. Kevin drops the gun, she tells Jacob to protect him.

Ryan reunites with the girl from the foster home who rescued her from the candy lady, and Alice has a moment when she gets a stabbing feeling in her chest and recalls someone from her past.