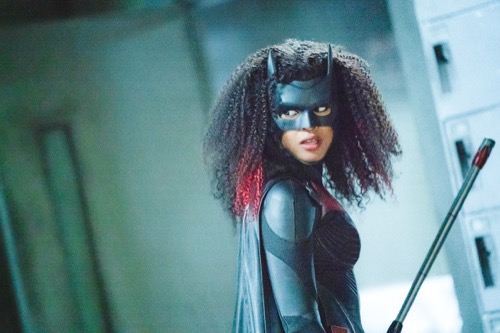 Tonight on the CW the series Batman airs with an all-new Sunday, February 28, 2021, season 2 episode 6 and we have your Batwoman recap below. On tonight’s  Batwoman season 2 episode 6 called, “Do Not Resuscitate” as per the CW synopsis, “As Ryan Wilder’s kryptonite wound grows more severe, it hinders Batwoman’s ability to protect Gotham; Alice’s reunion with a fellow Coryana inhabitant presents unexpected complications.”

In tonight’s Batwoman episode we see a little boy; he was bitten by a bat in Gotham Square. Because of complications, he received a dose of the miracle serum “Desert Rose”, BP296. He is there because they discovered 72 hours later that it cured his stage four leukemia.

They are now injecting the same serum into an older gentleman to see if it has the same effect. All of a sudden, there is blood is coming out of the man’s mouth and he goes into distress. The supply of the serum was exhausted and cannot be synthesized, it’s gone and everything they have tried is killing people. Dr. Rogers doesn’t want to give up, he wants to keep trying to copy it and he doesn’t care how many people die.

Dr. Rogers goes to see Erin, he is in an isolated room, he tells him that he has a cure that can help him and dozens of other people.

Batwoman is stopping some bad guys when her kryptonite would start hurting from getting hit. Ryan is at the hospital; they are backed up and she is already waiting two hours. Dr. Rodriguez walks up to examine her, she shows him the kryptonite would, she tells him she was bit by a spider. He prescribes antibiotics and tells her she should be fine in a day or so.

Jacob is in the car with Mary when Sophie calls and says that the Napier is a fake, it is pig’s blood. They found a partial print, it is Oceans, the guy Alice was looking for. All of a sudden, A truck slams into Mary and Jacob’s vehicle.

Sophie goes to see Ryan and tells her that she is building Angelique Martin, looks like snakebite is her new moneymaker, she is a party kid, with no loyalty. Sophie wants her supplier of snakebite, Ocean. Ryan says she never heard of him. Sophie tells Ryan if she doesn’t help, she will put Angelique in prison. Ryan says she will get her the information she wants, then the file disappears.

Mary is waking up, Jacob as well. They are both tied up and sitting in chairs, they look like they are in an underground clinic. A guy is there, he has spontaneous rage and he wants the antidote. Mary tells him there is none left. Mary tells him it calls the Desert Rose, Alice stole a pint of it. She says she would nothing more than be the one to recreate the antidote but it is not possible. She turns around to Jacob and tells him that she has been practicing underground medicine for two years and this is her clinic.

Ryan’s would be getting worse. Angelique walks in and asks her how she is feeling. Ryan tells her she has a new job at the Hold-Up, it is legit and gives her a way out, she starts tomorrow.

Angeline tells her that she already likes what she does, she is respected. Ryan reminds her that she went to prison for that, then, Ryan starts having excruciating pain and her vision is blurred. While Angelique goes to get her some pain pills and water, Ryan puts a device on her phone that allows Sophie to get into it.

Ryan meets with Sophie and gives her the device, Sophie gives her the file in return. Ryan gets a call from Dr. Rodriguez, they want her to retake the blood test because they found radioactive materials.

The guy who is holding Mary and Jacob hostage says he wants the antidote, he keeps beating on Jacob until Mary tells him that there is an island and if he can get there, he can have all the antidote he wants.

Alice is with Ocean and he tells her that Safiyah doesn’t want anyone to know where the island is, so she erases his memory, so he can’t go back. She tells him that Safiyah erased their whole existence together, which is strange. She puts her hand in his and tells him that they had a thing together. He says, or crap.

Ryan is in the Batcave when Luke walks in, he tells her about the fake Napier painting and Ocean probably has the original. He tells her that Alice is their only way to Coryana. Mary calls Luke and tells him that he needs him to bring the map to her. Ryan falls to the ground, Luke asks her what is wrong.

Ocean tells Alice that it doesn’t make sense. Coryana was remote, but he wasn’t desperate. Alice calls Safiyah, she asks her what she can’t remember a lot. Safiyah tells her that it is easier that she doesn’t remember anything about the man she is tasked to kill. Alice calls her sick.

Ryan finally shows Luke the wound, she says she thought she was fine. She tells him that she has to get to Mary, and he should make himself useful and have her back.

Alice pulls out her knife and tries to kill Ocean with it. But every time she gets close to him, she remembers bits of the past. Sophie walks in, she has a gun, and asks Ocean where the Napier painting is. She tells him to give her the map. He has the Napier in his hands, he lights it on fire and underneath there is the map. Luke calls Sophie and tells her that she has to bring the map to Mary, she and Jacob are being held hostage at the clinic.

The man holding Jacob and Mary hostage is getting more aggravated, he attacks Jacob just when Sophie walks in with the map. Jacob gets free, he tries to fight the guy. Batwoman is there, he tells Mary and Jacob to leave, she has got this. Some armed men come into the room and put a gun to Sophie’s head, they steal the map.

Luke tells Mary that Ryan is dying from kryptonite poisoning, the only way to save her is Desert Rose, which is on Coryana with Kate. Mary tells him that they are going to get Kate back and they are going to save Ryan’s life.

Alice stabs a sleeping Ocean, she calls Safiyah and tells her. It actually wasn’t Ocean, he walks in and smiles at Alice.