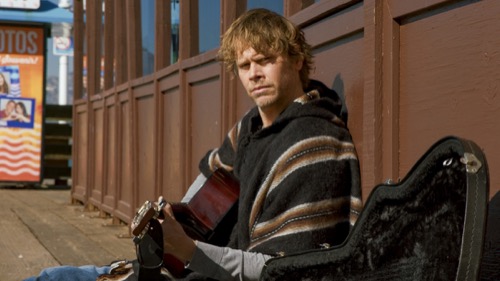 Tonight on CBS NCIS: Los Angeles returns with an all-new Sunday, February 21, 2021, season 12 episode 11 called, “Russia, Russia, Russia” and we have your weekly NCIS: Los Angeles recap below. On tonight’s NCIS Los Angeles season 12 episode 11, as per the CBS synopsis, “When Callen goes to the National Counterterrorism Center on the pretext of interrogating a Russian asset from the crashed plane case he investigated months earlier, the tables are turned and he is detained, accused of being a Russian agent.”

In tonight’s episode Callen’s girlfriend disappeared. Anna is nowhere to be found. She wasn’t at the location she claimed to be because Callen checked and the house was deserted. Her cell phone was also offline. It worked for a few days and then it was later disconnected. It was as if someone didn’t even want to bother to pretend Anna was close by. Anna is gone and Callen now has no way of contacting her.

He doesn’t know if she’s okay or missing or on the job. He’s completely in the dark. He’s worried and he didn’t say anything to his team because he didn’t want to tell them that he went to go propose to this woman and she’s ignoring him. Callen instead kept the information to himself. He worked the cases like normal and he was doing his job when he got called to the NCC.

Callen went to the National Counterterrorism Center because he was told there was a connection to an old case of his. However, Callen spoke to the witness and nothing had changed. He wasn’t given any new information. Callen had just wondered why he wasted his time going down there when out of nowhere he was interrogated himself. He was questioned about how long he’s been a Russian agent.

It turns out some people distrusts him because he was Russian and his father was former KGB. It also didn’t help that he often speaks to Arkady Kolcheck who was also KGB or that he was dating the man’s daughter Anna who was also Russian. Callen was asked about Anna. He told the investigators that he didn’t know where she was and that was the truth.

Only no one wanted to believe him. They believed that Callen was a Russian agent and that he blew up a plane that might have given the Americans crucial intel. They tricked him into coming to the NCC where they made him give up both his cell phone and gun. He thought he was doing it to interrogate someone else, but secretly they were getting him to do that so that he wouldn’t struggle when they interrogated him and it worked.

He was offline. He couldn’t reach out to his team or even a lawyer. He did have one thing going in his favor. He told Fatima before he left that he felt he was being followed and so she investigated. She proved that he was being followed. She also heard from Admiral Kilbride who confirmed that Callen was being interrogated for his supposed Russian connections.

The admiral said that he reached out to SECNAV. His bosses will make a call to the Department of Justice and they in turn will make a call to Agent Carlson. She was the one in charge of this witch hunt. She was interrogating Callen and she refused to believe him when he said he was innocent. She was just so sure that it irked Callen.

He realized that someone made the claim that he was a Russian agent and now it was being followed up. Someone from the team was able to check on Callen. Deeks used some lawyer credentials to see Callen for himself and they were talking when Agent Carlson interrupted them to tell them to get out. She got the call from her boss to release Callen.

Carlson wasn’t happy about it. She still believes Callen is a spy and she believes it because there has always been a rumor of a Russian Intelligence Officer hidden in their ranks. Hetty was even trying to find this person. She disappeared to Syria because she released several special agents and they were all supposed to tell a different story about troop movements.

She was hoping to use one of them to weed out the spy, but something happened. Her spies were all arrested and detained by Assad. He thought the spies were journalists. He didn’t know that he was ruining an operation and so Hetty was slowly working towards getting her people released. In the meantime, rumors of the spy reached the DOJ and that’s why Carlson went after Callen.

Callen isn’t angry with Carlson. He later offered his services in helping her find the real double agent and his team was helping them as well. They all wanted to finish what Hetty started. They also talked the admiral into following along as well and so the one thing the team lacked was a Russian they could turn to. The team went through a list of Russians they’ve dealt with.

They ruled them out one by one until they were left with Kirkin. Kirkin still has strong international ties and most importantly he was still in love with Deeks. Deeks hated dealing with Kirkin. Yet, he did so again for the team and to find this spy. He found Kirkin at a studio where it turns out Kirkin has become a fashion designer and luckily for them Kirkin was in a mood to help.

The team along with Carlson arranged for Captain Gonchgarov to be questioned. The captain was a real Russian agent and so Callen pretended to really be a Russian secret agent as well with him. He “broke” the captain out of custody. He brought him to the boat shed and there he demanded to know why the captain sold him out.

Whoever was at the other end had agreed to meet with the captain. The captain was supposed to meet him at a boardwalk and instead he was poisoned. The woman behind the poisoning also managed to disappear before the team could catch her.

But the team did recognize her. They paid her thirty-eight thousand dollars in the past for the name of Russian agents on a plane and the only person from that plane who was willing to cooperate is now wavering between life and death. The team suffered a loss this time. They don’t usually lose when it comes to dealing with criminals and yet they lost this time and now Carlson is more sure than ever that Callen is a Russian agent.

And unfortunately Deeks still needed to return that favor from Kirkin, so he ended up becoming a model for him.

And why was Callen later meeting with the Zasha the poisoner alone? Could he really be a Russian agent?