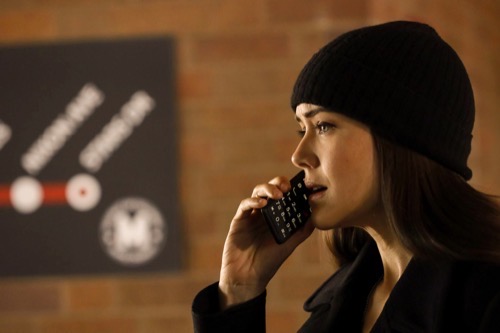 Tonight on NBC their hit drama The Blacklist starring James Spader airs with an all-new Friday, January 29, 2021, episode and we have your The Blacklist recap below. On tonight’s The Blacklist Season 8 episode 4 called, “Elizabeth Keen”,  as per the NBC synopsis, “As Red and the Task Force search for Liz, she sets a new plan in motion that has catastrophic consequences.”

In tonight’s episode Elizabeth Keen has earned herself the top spot on the Blacklist. She is exhausted and drops by Ressler’s place, only to stay the night and sleep with him. In the morning, he tells her not to go after Reddington. She doesn’t answer, but she thanks him for letting her stay there.

Liz is in her old apartment with Esi when some men are coming after her, along with Dembe and Red, but they show up too late and she is gone again. Red updates Cooper, he has a vehicle make and tells the task force to get out on it and find her first. He says if Liz reaches out, they should help her, it will just make matters worse, and he needs to know. Last thing, he tells Ressler to keep an eye on Agnes.

Liz goes to see Tadashi, was wants to is reach out to Blacklisters she’s crossed paths with and even Reddington’s assets in an attempt to flip them. It doesn’t take long for Tadashi to go and see Red and tell him that he had a visit from Liz.

Liz calls Ruddiger, while she is on the phone with him, Red calls and he puts her on hold, Ruddiger tells him that Liz says he is a traitor. One by one Liz keeps making calls.

Ressler and Aram are talking about Liz, Ressler says that if Liz reached out to him he might think differently about telling Cooper. Aram asks if she reached out to him, he says no. The two go visit Mrs. Marks who is looking after Agnes and ask if Liz made arrangements to pick her up.

Red is with Dembe, taking a whole cocktail of meds.

Liz tells Esi that none of the blacklist said yes, but she has one last guy she wants to try, Red’s lawyer Marvin Gerard, and she needs to see him in person. Esi warns Liz to be careful about Agnes, they will be watching her. Esi is going to follow Marvin and call Liz on a burner phone when she has a safe place for Liz to meet him.

Agnes is dropped off at dance, Ressler and Aram are following her to be sure that Liz doesn’t show up there. Little do they know, Liz is there and she has a plan.

Marvin says Red is his friend, Liz reminds him that Red is simply transactional. Marvin says he will think about it.

Red is in Guinevere’s house, Tadashi is there and Dembe, they are packing her things up. Red tells her that Tadashi will make the task ahead of her quick and easy. She has to erase certain information from the computer server on the house committee of intelligence. Tasashi has the skill set and as council, she has the access. He tells her that tomorrow she will go to work as usual except that when she is alone and the moment provides, she will contact Tadashi, he will walk her through the steps of inserting the thumb drive into the server which will contaminate and eliminate the data on the server.

He tells her she will act like it is a mistake, and drop some coffee to cover her tracks. He tells her she is going to walk out of her old life and into a new one. She tries to put up a fight, and Red tells her that he knows she is a tax dodger and the FBI probably wouldn’t like that.

Liz plans a pick up for Agnes and both Ressler and Aram drive up, Aram tells her it is over. The woman turns around and it is not Liz, it is an imposter. Aram speaks to Agnes, he tells her that he has known her since she was born. He says he remembers that she is brave, but that is no surprise because her mom is brave. Liz calls Ressler and says she needs her girl.

Silver Spring, MD, Esi is with Liz, they are at a bus station. Liz talks about Tom with her, she says he would have never have let Agnes get taken into custody, and she wishes he had got to know her and see the person she has become.

Gionevere is at work, Tadashi tells her that the task is going to take two hours, he is joking. Meanwhile, Cooper is with Red and both are surprised that Liz walked away from Agnes. Aram is busy keeping Agnes occupied when Ressler walks in and Liz calls to see if her daughter is ok. He says yes, she tells him where her favorite clothes and books are stored. When she hangs up, Ressler tells Aram that Liz called him; he can’t trace it but he can enhance the audio to try to get clues on where she is.

Ressler tells Cooper the truth, that he has been on contact twice with Liz by phone and at his apartment, Aram says he knew it.

The task force go to Silver Springs bus station, Liz is gone. Cooper says the train was a diversion, so Liz could get her daughter. Just then, Liz comes out of the elevator. Agnes goes to get her shoes on, Liz tells Aram that she has to take her now and he has to let them go; she shows him her gun. He says that he knows who she was, but not who she has become. Liz asks him for a two minute head start to get out of there, that is all she asks for.

Red goes to see Marvin, he says he turned Liz down. Red says his loyalty is shifting. Red tells Marvin that he has been locked out of his accounts.

Cooper, Ressler and Park are back, Aram says to Ressler, you were right.

Dembe and Red are together, he asks him if he wanted Liz to see him shoot his mother. He says he didn’t want to do that. Dembe says Red mocks the FBI for arresting someone they love and he loves her too. Red says he doesn’t want her arrested, but he wants her found. Dembe asks him if this was his plan all along, Red says he didn’t have a plan.

Liz is in a plane with Skip Hadley and Agnes who has fallen asleep. She asks him if he is sure she can afford this, he says they transferred 35 million out of Red’s account, in Euros. Liz calls Red and tells him that he is wrong about Marvin. She says, Swiss Capital, he had one account and now he has none. She says all this time she thought he knew how to think like a criminal. Red says like his third grade teacher use to say, one swallow doesn’t mean spring is here.

Red was having Marvin tortured, he tells him he is so sorry. Cooper tells Aram and Ressler that they have to recuse themselves from the case, they agree. Cooper throws the papers in the truth and he says he be damned if he lets anyone but their own to go after Liz.