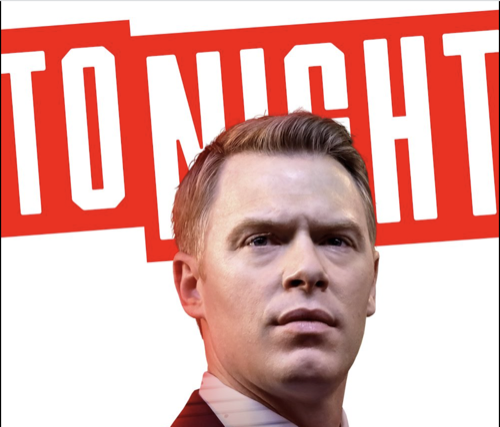 Tonight on NBC their hit drama The Blacklist starring James Spader airs with an all-new Friday, March 5, 2021, episode and we have your The Blacklist recap below. On tonight’s The Blacklist Season 8, Episode 9 called, “The Cyranoid”,  as per the NBC synopsis, “The Task Force is thrown for a loop when they encounter a nefarious enterprise that provides doppelgängers for criminals. Red scrambles to counteract a bold move by Liz.”

In tonight’s The Blacklist episode, Red and Dembe walk into a house, guns were drawn. Dembe finds a gun in a drawer and Red a backpack under the couch. Then, Liz walks in and Red tells her they are long overdue for a talk.

Twelve hours earlier, Cooper is telling the task force that what agent Keen has done is irreprehensible. But, Cooper says that Elizabeth wouldn’t do any of this unless it was for a cause greater than herself, in this case, outing a trader to the United States. Elizabeth recently stole a thumb drive from a safe deposit box from Reddington, the drive contained intel from a man known as Rakitin, a hacker who may be working on behalf of the Russians.

The house intel chair thinks Rakitin maybe working somewhere in the US government, there were close to finding out where, until their files were hacked and all the information they had on Rakitin was deleted. Cooper thinks Reddington did it. They think Red is the real N13, but they won’t know until they find Rakitin. Cooper says they have a lead, five leads to be exact. The thumb drive contained deep-cover intel on CIA assets stationed across the globe.

Their identities were compromised by Rakitin, Cooper asked intel how many people in the office of intelligence and analysis have the clearance to even know the identities of these many assets, and the answer is five. He wants their security clearance frozen. One of these five is a traitor to this county and Cooper wants to know who. Just then, Dembe and Red arrive. Cooper tells the task force that for now, this stays with them.

Dembe tells Cooper they acquired a recording last night, “it’s me, Keen is willing to make a deal, she wants to meet with Neville tomorrow here in DC., get him here my life depends on it.” The man is an associate of Neville Townsend, they had a line on him and a tap on his phone, now the line is broken and the phone disconnected.

This is all they know. But as of this morning, Neville is in DC, and Red suspects Liz is going to kill him. Townsend hunted her mother for years and forced her into hiding and away from Liz, now she wants revenge. The call was made on a satellite and cannot be pinned, Red says they are working together on this. Red tells him that by going after Townsend, Liz is putting her life in grave danger.

Red has a call, leaves the room. Andrew Patterson is on the phone, he tells Red that his clearance has been taken away, Cooper is coming after him and he needs to be stopped before that happens. Red says he will take care of it and he will.

Liz in a building, she is about to meet Neville and sees a van outside, she knows the task force is there. Ressler runs after Liz, and when he tells her to stop, she kills an officer behind him. Ressler then makes his way up to the apartment, one man is shot dead. Ressler then runs back outside and sees Liz get into a van, she gets away.

Cooper calls Red, he tells them they have Neville Townsend’s sister, Chemical Mary, but Liz got away. Red is surprised to hear that Mary Bremmer is Neville’s sister. Park calls Cooper, she tells him that they found Rakitin, he is dead in his car.
Townsend is told that they have Elizabeth Keen. He enters a room and there is a woman with a hood over her head, and it is not Liz. Townsend is upset, Patterson is there as well. The woman says she is Elizabeth Keen. He asks her where Mary is and she says FBI custody. Neville tells her that he killed her mother and will kill her If he has to.

She says he spent thirty years chasing her mother because he thought she was N13, she was not, she is innocent. She was framed by her father, and killed by Reddington. And, Red is N13, and the reason his family is dead, he needs to kill Red and she is going to help him. She tells him that Red has embedded himself in the FBI, he has people on the inside and the outside.

Cooper calls Red and tells him Rakitin is dead and he killed him, Red says he didn’t do it, and he is worried about Liz. Cooper says he doesn’t believe that he didn’t kill Rakitin. Red tells Dembe, then says she is going to make some calls to find out what happened.

Park has some footage from when they took Keen in the van, it is not her, someone is pretending to be Keen. Whoever Keen’s doppelganger is, she is not in any database. Cooper walks in and tells the task force they don’t need to find Keen’s double, she surrendered five minutes ago outside, they have her.

Ressler is in an interview room with Liz’s double, she keeps saying she is Liz. She tells him if he wants proof that it is her, they can talk about what happened between them the night before she vanished. Then she gets up and shouts to Cooper to reach out to Panabaker and see if she will give her a deal. Panabaker says absolutely not.

Red calls, Cooper tells him that Keen is not Keen, she is a lookalike. Red thinks that Liz can hear everything her lookalike says, she is a paid surrogate. She could have a device in the eye, a gadget in the ear. All of a sudden, these lose the feed from the room that Liz’s lookalike was in. Ressler runs to the room and she is gone. Then, we see her enter Chemical Mary’s room, she tells her that her brother sent her.

She tells her that her brother loves her very much, she grabs a scarf and strangles Mary. Aram looks in the window of the room and witnesses it. He raises his gun and enters the room. She starts to tell Aram things about him and he loses his guard, she manages to get past him and then locks him in the room. She gets away, Ressler gets Aram out of the room.

Liz’s lookalike finds Ressler, she has a gun to his head. She calls Cooper and tells him if anyone comes after her she will shoot him.

Back to the begging, when Red told Liz that they were long overdue for a talk. Her lookalike tells Red that he can’t find her, that is why she has her as an avatar. She calls Liz, and Red gets to talk to her. He tells her that this should stop so they can find peace, they need to speak face to face. Red loads his gun, and he tells Liz that her avatar is a killer, she killed Mary. Red wants Liz’s location, or he is going to shoot the avatar. Red gets a trace, he doesn’t have to kill the lookalike.

Cooper is with Panabaker, they are talking about Keen, he is taking her side and says she doesn’t understand what she has been through. Panabaker is issuing an arrest warrant for Keen, Cooper is the one that asked her to do it, he says he has to draw a line in the sand sometime.

Red calls Townsend who tells him that he knows that he killed Katarina. Then he says he is due for a reckoning and he and Elizabeth Keen are going to deliver it.