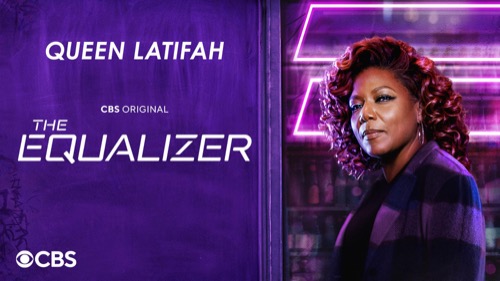 The Equalizer airs tonight on CBS with an all-new Sunday, October 10, 2021, season 2 episode 1 Premiere called “Aftermath,” and we have your The Equalizer recap below. On tonight’s The Equalizer episode as per the CW synopsis, “Just as McCall considers quitting, she’s pulled back in when she takes on Detective Marcus Dante as a new client who needs her help to find an untraceable group of bank robbers.”

In tonight’s Equalizer premiere episode, former CIA Officer Robyn McCall has done her best to hide her former occupation. She’s taken great pains and got to extraordinary lengths to hide what she used to do for a living and unfortunately, it was all for nothing. She may no longer be CIA, but she still has the skills they taught her, and she uses them to now help people. McCall became an “Equalizer”.

She offered up her services to anyone in need of trouble and one of those people ended up being her daughter. Her daughter later found out that her mother doesn’t work for some international charity. She realized that something was up and she confronted her mother. McCall confessed to her daughter the truth. She told her that she isn’t technically CIA anymore. Only she still helps people. Her daughter Delilah learned the truth about her mother and now she needs time to think.

Delilah didn’t immediately advertise what her mother does for a living. She didn’t run off telling her friends or anything like that and so McCall’s Aunt Vi told her not to worry. Delilah just needed time. She will eventually make her peace with what her mother is and until then McCall should live her life. This is what McCall was told. This isn’t what she heard. McCall began worrying she attracted too much attention to herself and so she considered walking away. She was talking about it with her friends Mel and Harry when Detective Marcus Dante called. He called McCall because there’s something he needed “equalized”. Dante wanted to hire her to find the bank robbers that took a bank hostage and killed several police officers in their escape.

One of those officers had been a friend of Dante’s. Dante knew McCall was wanted by the District Attorney and still, he called her because he was desperate. The two later met up. McCall tried to tell him that she was hitting pause on her operation and Dante refused to accept it. He reminded her that he’s been there each and every time she called him. Now, he needed her help.

Dante convinced McCall to take the case and he asked how much she charges and she told him she doesn’t do it for the money. She does what she does for free. McCall has money stashed away from her old life in the CIA and so she’s set. She took Dante’s request for free. Dante gave her what he had on the bank robbers and that included all he had on the dead bank robber.

The police killed one of the bank robbers. They ran him through the system and he couldn’t be found. He wasn’t registered in the police database or the FBI database. It was like he was a ghost. The bank robbers stole a deposit box from the bank and the deposit box was opened with a stolen ID. The police had no idea what was in the box or why it was stolen.

They also didn’t know who was behind it and so that’s where McCall’s expertise came in. She wasn’t in the system either. She was a ghost and that led her to believe that the bank robber could have been like her. A spook. McCall couldn’t turn to Harry for this because there are certain things he doesn’t have access to and so she had to call Bishop.

Bishop was her training officer. He was also a friend who withheld key information from her and she was still angry about that. She hadn’t wanted to call Bishop. She had to because she had no other choice. She gave him information on the dead bank robber and he later identified the guy as CIA. Bishop warned McCall off the case. If spooks were involved, he didn’t want her getting entangled and so she happily ignored him. She had Harry trace down who the deposit box belonged to. It turns out it belongs to a former Marine Atticus Lee. McCall called Dante and together the two of them went to Lee’s house. They found it ransacked. They found blood on the floor and Lee’s daughter hiding in a closet.

Lee shares custody with his ex. His ex couldn’t take their daughter because she got in trouble with drugs and so the little girl was home when the bad men came for her father. Her father told her to hide. He also warned her not to come out until he gives her the all-clear and that meant she was hiding in a closet with very thin walls as men began torturing her father for information.

The little girl later told McCall and Dante what little she knows. If what the girl said was true, then her father was taken. He hid something in that deposit box and it was probably stolen and whoever he stole it from had wanted those items back. Dante spoke with the little girl. He asked her where she’s been the past few weeks with daddy and she mentioned a trip to see Uncle Mike. Uncle Mike was a fence. He fenced some stolen items.

One of those items was a stolen congressional pin. Another item was a twenty-five thousand dollar watch with the initials S.A.G and so Dante realized it belonged to Congressman Sanford Ganis. Ganis never reported a break-in or any items missing to the police. He was either hiding it or he was taking action to handle it himself. Dante spoke with Ganis.

Ganis tried to claim he lost the watch a year ago. He said he never reported it missing because he wrote it off as a life lesson. Ganis also asked for the watch back. Dante told him he couldn’t do that because it was part of an ongoing investigation and so Dante later met up with McCall to tell her what he found. McCall hadn’t been sitting on her hands the whole time and she herself had information.

McCall learned that Lee had been in contact with the widower of a journalist. The journalist was investigating a lead she had that several members of Congress acting on their own had killed the President of a South American country. The President was apparently an enemy to American interests because he was holding up several contracts with the American government and so they killed him in order to get their hands on the money. Now, these were just a few members.

They didn’t get express permission from the president or even congress to carry out this mission. It was done illegally and it could lead everyone involved to be arrested. The journalist investigating had died mysteriously after being run off the road. Her car didn’t have any of the evidence she had been collecting and so it was a cover-up. And you know what they say about cover-ups.

Often the cover-up is worst than the crime. The journalist was murdered and Lee found out about it after he broke into the congressman’s house. Not only did he break in but Lee also contacted the journalist’s widow and was going to pass on information to take down the congressman. The congressman, unfortunately, found out about it. Ganis’s second in command was former CIA. They kidnapped Lee and Lee told them about the deposit box because he was trying to buy himself time. Harry and Mel found Lee. McCall and Dante went to rescue him and they took out Ganis’s second in command.

Dante thanked McCall for getting justice for his friend and in the meantime, McCall realized she doesn’t want to take a step back. Her daughter was still angry with her. She was going to need time to adjust to their new normal and yet McCall wasn’t going to let that stop her from helping people. The next person she was going to help was Harry. Harry was a technological genius and he was also hiding from the government. He was dead on paper. Which has restricted his life somewhat and so Harry doesn’t want to keep living underground. He wants McCall to resurrect him.

And later Delilah came back home.