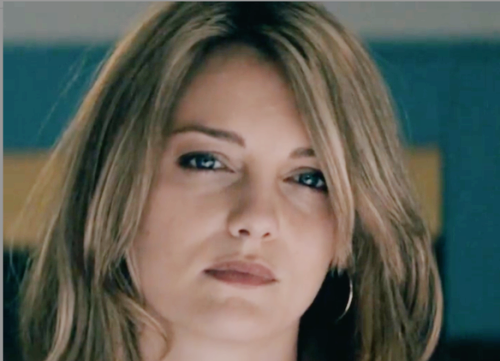 Tonight on TNT Animal Kingdom returns with an all-new Sunday, July 24, 2021 episode and we have your Animal Kingdom recap below. On tonight’s Animal Kingdom season 6 episode 8 called, “Revelation” as per the TNT synopsis, “Deran and J consider a small job. Craig, Renn, and Nick spend the day together as a family. Pope senses something is off. Andrew finds out about Julia.”

In tonight’s Animal Kingdom episode, Pope knew something was off. He knew it from the moment he saw a cereal box out of place. He even asked J about it. J didn’t touch the cereal and neither did anyone else in the family. They all knew that was Pope’s thing. They also knew how to put it back.

The person who went through his cereal didn’t know that last part. They didn’t know that Pope has a system. He turns all the labels in one direction. It’s something he picked up when he was younger and he was a stickler about it. Pope likes to stick to things he’s good at. It’s why he was still robbing joints with his family in his forties. He could have retired at any time.

The only thing Pope misses out on was social cues. It took him forever to notice that his twin sister was sleeping with his best friend and he only truly noticed after his mom repeatedly pointed out their odd behavior to him. Up until then, he was clueless. He hung out with both without suspecting a thing.

He didn’t even notice when they first started sleeping together. But his mother noticed. She could tell just by their behavior around each other. It also didn’t help when Smurf found a girl’s underwear in Baz’s laundry. Smurf realized what was going on and she did everything to stop it.

Smurf practically raised Baz since he was a kid. She counted him as one of her children. She told him and everyone else that he was like a son. Something she later repeated to Julia once she knew she was sleeping with Baz and so she told Julia to watch out for her brothers.

Smurf said it as a way to remind Julia that she was in fact sleeping with her foster brother. Someone she grew up with. Julia was freaked out when she first realized that for herself and yet it didn’t stop her from pursuing Baz. Baz tried to be discreet. It was Julia who was always pushing things. She wanted Baz and she tried everything she could to get him.

Back in the present day, Pope was on the hunt for the person who messed with his cereal. He searched the house from top to bottom to see if a bug had been planted anywhere. He didn’t find one. Only Pope also remembered Taylor’s supposed mother. He thought it was odd that she would come to him and demand to check his car.

Pope went to Taylor. He asked about his mother. He tried to verify the story the woman told him. Once he realized it was a lie, he confronted Taylor. He punched him. He literally twisted his arm until Taylor admitted the woman was a cop. He didn’t know her name.

Taylor just knew she wasn’t from Oceanside. He said the cop’s been a problem. She threatened to revoke his probation and he didn’t need that in his life, but he pointed out that this chick doesn’t do things the normal way. She got Taylor to show her how to enter Pope’s house. She doesn’t do things like getting warrants or abiding by the law. She seemingly was working towards her own self-interest. Taylor didn’t know her real identity. Pope wanted to find that out and so he went to a friend. He asked a friend to look into this woman for him. And that friend asked him why couldn’t he just get his brothers to do it.

Pope didn’t want to use his brothers. He didn’t want to tell them anything until he had something concrete. His family was all busy anyway. Craig was spending the day with Renn and their son Nick. Craig even restarted his relationship with Renn. They were now sleeping together again and he wasn’t judging her for doing coke. This time he joined her when he found her with drugs. Deran and J meanwhile were robbing a place because one of Deran’s workers at his bar had suggested it. It was a simple smash and grab. It was fun. It was easy until it wasn’t. The job was supposed to be detecting potential in a third party and that person got caught and also gotten beaten up until J committed assault to get him out.

Their friend also got a nasty cut on his leg. J had to fix it for him back at the house. He said the wound would serve as a reminder to never do something stupid again and to listen to people with more experience in the field. Renn and Craig however went on a drug binge. They also started drinking. It was quickly becoming an unsafe environment for baby Nick. The poor infant was in the backseat as they drove while inebriated. They even robbed a store. Renn was supposed to pick up some more beer and she instead robbed it and left Craig to act as a getaway driver. And so those two were risking their lives as well as the life of their son.

By the time, Craig came to after falling asleep. He woke up in a stranger’s apartment. Renn was missing. She left to go score and she took the diaper bag with her, but left baby Nick and so Craig had to rely on the kindness of a stranger to get his son out of a dirty diaper.

As for Pope, he confronted the mysterious cop. He broke into her motel room. He told her that he wasn’t going to pay off dirty cops because they always come back for more and so she surprised him by asking who killed Catherine. And it’s unclear or not if he killed this woman, only he did tell his family about a cop following him and that he had killed Catherine years ago.