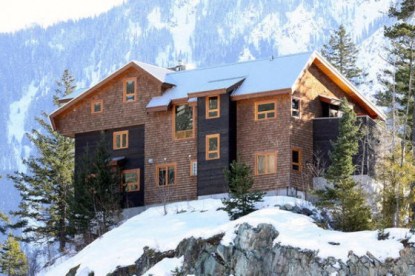 These are new photos of the Breaking Dawn set.  The lodge is the Pemberton Valley Lodge where Robert Pattinson, Kristen Stewart and Taylor Lautner spent filming scenes from Breaking Dawn Part 1.    One of the scenes they were filming was when Edward meets with the Denali Coven.