Robert Pattinson Is A Compulsive Eater & Worries About Getting Fat 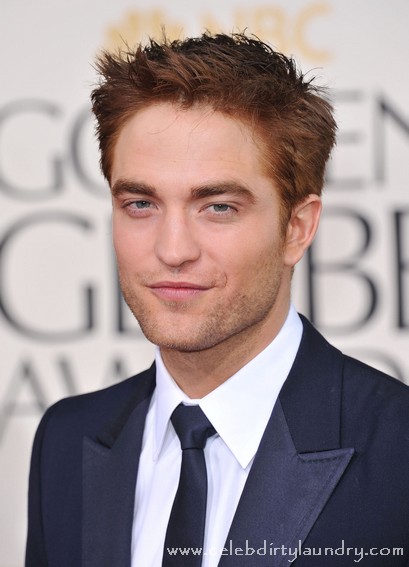 Twilight star Robert Pattinson cannot understand why people find him attractive.  Robert claims he is a compulsive eater and loves M & Ms.   He figures that he is going be really fat when he gets older and his metabolism slows down it is going to be all over but the crying.  Robert said,  “I’m, like, a compulsive eater. I’m going to be so fat when I’m older, it’s ridiculous.”

Meanwhile Robert who is rumored to be dating his co-star from Twilight Kristen Stewart says that he admired Kristen long before he met her and he thinks she is cool.

Our insider who has worked on the Twilight sets has said the same thing – Kristen is a real professional when it comes to acting.  Kristen’s Mom and Dad are both in the business so she learnt from them.  As to Robert getting fat – not a problem Robert we will still love you!  Meanwhile Robert has said he hopes when filming of Breaking Dawn is complete he hopes that the media will calm down!