Angela ‘Big Ang’ Raiola Has A Hit On Her Hands – Not A Mob Hit! 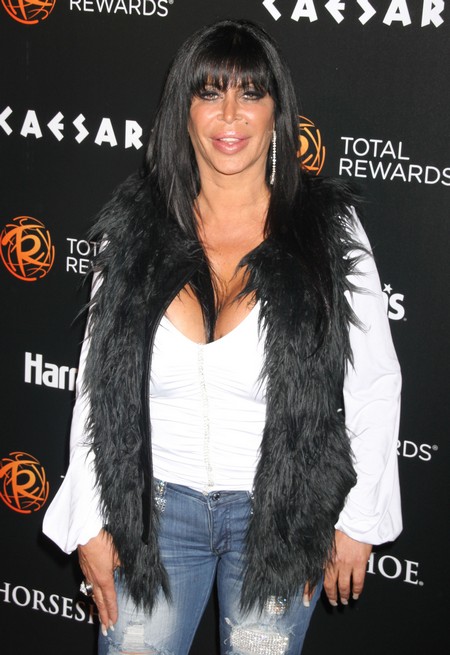 Angela “Big Ang” Raiola has a hit on her hands, and for once, it isn’t a gangland style mob hit! I knew the new VH1 show, “Big Ang”, would be a hit and people would love watching her. The reality show centers around Angela Raiola who made appearances in the VH1 show, “Mob Wives”, and she is hysterical. The show also features her two girlfriends Linda ‘Lil’ Jen, Big Ang’s son, AJ, and her sister Janine.

The grand reopening of her bar the Drunken Monkey was mostly the center of attention for her first episode, with topless male waiter handing out shots to a very rowdy crowd. I honestly wish I had been there and I am sure most viewers felt the same way – the waiters were very cute.  Also in this first episode was her wayward and estranged husband, Neil, trying to convince her to take him back. He is way younger than Ang but I think she can handle him.

All in all chicas it was a very good start for a reality show, she is off the chain and her friends and family are on the fast train to crazytown which makes it all the more fun for us to watch.  This show is less hardcore and totally different than the new ‘Mob Wives of Chicago’ which we also recommend.

Oh….! I almost forgot to mention, this chica is a smart one because she is striking while the iron is hot.  When I say this I mean she has a book coming out, “Bigger is Better: Real Life Wisdom from the No Drama Mama”, can’t wait to read this one it should be a hoot.  Alright everyone, the show is “Big Ang”, VH1 on Monday nights you’ve got to see it.