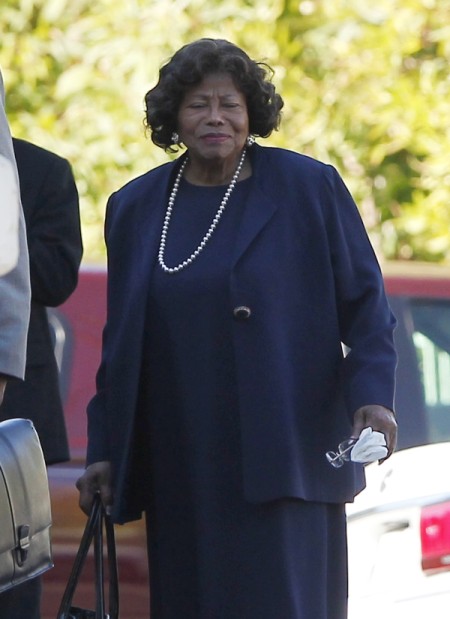 Katherine Jackson’s nephew reported her missing to the Los Angeles Sheriff’s Department after her grandchildren had been unable to reach her for over a week. Michael Jackson’s children: Paris, Blanket and Prince Jackson are said to be very worried and Paris even took to her Twitter account at 1: 33 a.m. this morning to put out an alert. She wrote, “yes, my grandmother is missing. i haven’t spoken with her in a week i want her home now.”

She followed that tweet with, “if anybody sees my grandmother, please call the authorities or this number— (818)-876-0186 it’s the security number .. thank you so much” and “the same doctor that testified on behalf of dr murray saying my father was a drug addict (a lie) is caring for my grandmother… just saying.”

TMZ just released a statement from the Sheriff’s Department which said, “Katherine Jackson is reportedly with family members. Late Saturday night, a different family member reported that he was unable to speak with her and is concerned for her well being. Deputies are continuing to make efforts to reach her and ask that she contact the Malibu / Lost Hills Sheriff’s Station of the Los Angeles County Sheriff’s Department.”

So I’m confused. Is Katherine with her family, just not with her grandkids, or is she back at home now? Why wouldn’t she be with Michael’s kids? She’s been their primary guardians since Michael died three years ago and Katherine’s lawyer told CNN that she has never gone 24 hours without speaking to them.

Something’s up with the Jackson family. TMZ reported that Randy, Jermaine, Tito, Rebbie and Janet Jackson are demanding the resignation of executors of the Michael Jackson Estate because they believe Michael’s will is a fake. A letter they wrote was leaked on the internet and it claims John Branca and John McClain had “taken advantage of the family … and have stressed out Katherine Jackson so much, that she recently suffered a “mini-stroke.'”

According to RadarOnline, Katherine’s lawyer told CNN she is in good health and did not suffer a mini-stroke. Katherine left her home in  Calabasas, California on July 15, to fly to Albuquerque, New Mexico to attend a Jackson Brothers concert two days later and her grandchildren have tried to reach her ever since.

You just knew those crazy Jacksons couldn’t stay peaceful for too long. The rumors are that Randy and Jermaine want to convince the courts that their 82-year-old mother is too infirm and needs conservators. That job pays around $70,000 a month and Michael’s brothers are strapped for cash at the moment.

I still have no idea where Katherine is but, if I were her, I wouldn’t want to be around her kids either. I’ll keep you posted as we learn more. One thing is for sure – they’re not telling us everything. You can just feel something’s going to happen. If I were you, I would keep an eye on Paris Jackson’s twitter account. She seems to have no problem telling it like it is – especially when it comes to her family!