Jennifer Aniston Body Double Takes Over As She Gets Chubby 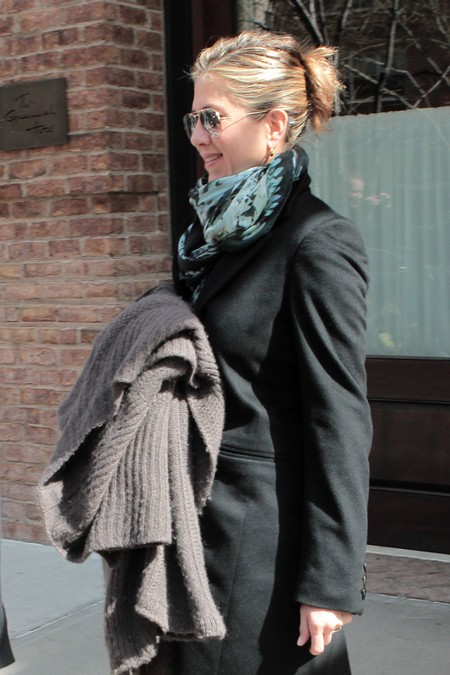 Remember when Jennifer Aniston used to use every opportunity to flaunt her barely dressed body on magazine covers?  Well, it looks like those days are over!  The 43 year old star has decided to cover up a bit and is even using a body double in a lingerie scene in her new movie, We Are the Millers.

The blonde replacement takes over when the scene calls or Jen to run from a burning building clutching her clothing.  Jen had no issue shooting another scene in the film which had her top open and bra exposed but apparently she has had enough with doing much more than that.

The former Friends’ star has stripped down in other rolls but has spoken openly about not particularly liking it saying, ‘There was a little bit of nerves, but adrenaline takes you through it. And then, you have the girls come in and cover you up, immediately.’

Maybe being engaged to Justin Theroux has something to do with it too.  Maybe he’s just not the kind of guy that really enjoys watching his wife-to-be running around half naked on screen, even if she’s paid well to do so!  Do you think Jen is covering up a bit more out of respect for him or do you think age also has something to do with it?  Maybe she’s starting to see signs that her body is getting older and she doesn’t want them magnified on camera!

Is it time for Jen to cover up a bit? Tell us your thoughts in the comments below!