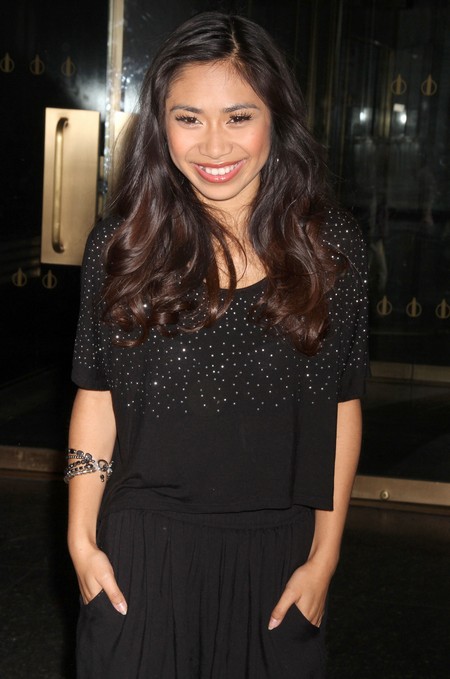 It is officially official; Jessica Sanchez has signed a record deal with Interscope Records for her debut album, but what does this mean for the contestant who lost out on the title of American Idol to front-runnerPhilip Phillips?

It has been rumoured that Jessica will have a starring role in the 4th season of Glee and she is geared up for the American Idol summer tour launching on the 6th of July in Detroit. This girl knows how to keep herself busy and we’re almost a hundred percent certain that she will become a massive name in the music industry, but what will her album sound like? Will it contain the familiar Jessica Sanchez vocal prowess?

An interview in the Philippine Daily Inquirer recently revealed some more information on Jessica’s album as she said, “[the album is] going to be more of urban and R&B, with a bit of pop.” Oh Jessica! Our toes are curling with excitement!

We all remember the infamous moment when we expected Jessica to explode on the Idol finale stage with a brilliant pop single, but the song “Change Nothing” was a far cry from the usual Jessica Sanchez vocal power we were so used to in her season. We truly hope she doesn’t include this formulaic pop jingle in her album and takes on more heady ballads, along the lines of post X Factor Leona Lewis.

Her signing to Interscope puts her on a roster of some of the most famous music stars in the world, including Madonna, Lady Gaga and Gwen Stefani. Interscope is also the current record label which nurtures the American Idol stars. It was founded by the mordant Jimmy Iovine. Record labels have a peculiar way of stifling debut talent, giving them a hit-or-miss scenario, so we truly hope that Jessica’s album will not become corrupted with second rate Beyonce rejection singles.

What do you think readers? Will you be buying Jessica’s album? Are you looking forward to her debut release? Let us know your thoughts in the comments below.