Justin Bieber Blames Selena Gomez For Their Break-Up On Twitter 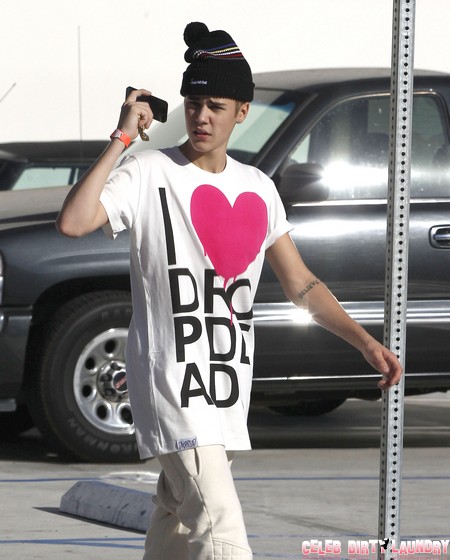 Justin Bieber sure does know how to use a break-up to his advantage.  The teen pop sensation tweeted out the following, “focused on the positive.#30MillionBeliebers with me. Im never leaving u because u r always there 4 me. love u.”  Was he trying to say that Selena Gomez wasn’t there for him?  I’ve read several reports to the contrary.  I do beliebe that Ms. Gomez left Mr. Bieber over his cheating ways.  I think putting up with almost three years of that qualifies as being there and standing by her man.

Does Justin believe he has done nothing wrong?  Well, I guess we’ll have to wait and see.  I suppose his fans are turning a blind eye to Justin’s cheating and are just waiting for their own chance to pounce.  In any case, they have started a new Twitter campaign in the Biebs honor, #MissionHappyBieber.  His fans have been tweeting funny jokes and pickup lines and pretty much anything that they believe will help to lift his spirits.  All to which the Biebs replied “u guys r funny. #ilovemybeliebers.”

I’m sure the attempts at keeping Justin happy are not necessary as a recent source has claimed that Justin isn’t really all that crushed about the break-up.  Supposedly, he is not attached to the Victoria’s Secret Model he was seen out with the previous week.  What’s a matter Biebs?  Was she all style and no substance?  And, since he and Selena Gomez have broken up repeatedly in the past, he believes he’s gonna win her back…again.  So while poor Selena is crying her eyes out and looking gloomy, the Biebs is out having the time of his life.  Was this a break or a break-up?  Clearly, these two need to talk, because Selena’s American definition of a break-up and Justin’s Canadian definition of a break up seem to differ.