Katie Holmes to Make Big Bucks Now that Tom Cruise is out of her Life! 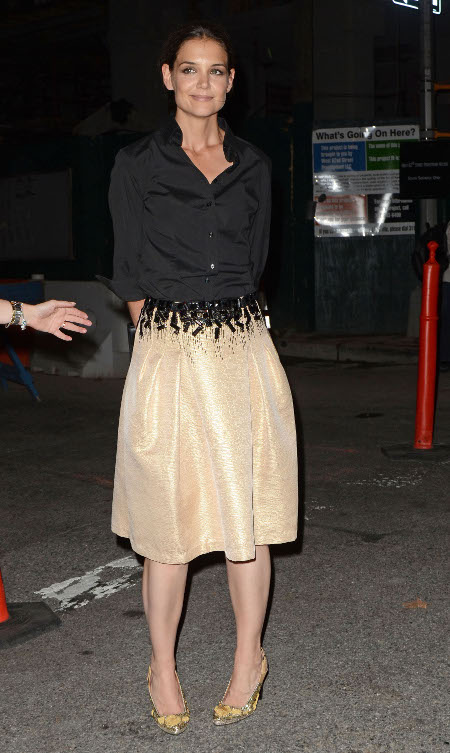 Katie Holmes has kicked her scientologist hubby Tom Cruise to the curb and, now that she doesn’t have his massive fortune to back up her superstar celeb lifestyle, she’s scrambling around to make some extra bucks. The world is opening up to her marketability, which seems to have escalated now that Tom Cruise has exited, and she has some great potential to bring in some major bucks for her and lil’ Suri Cruise. And, we all know that Katie needs as much money as she can get, because Suri has credit card bills she needs paid off!

An insider at NY Daily News’s Confidenti@l that Katie’s camp is “putting the word out that  she’s willing to do paid appearances and just seeing what opportunities come to her.” But if you think you’re going to be able to afford her for your six-year-old’s cupcake b-day party, think again, because appearances could be around as much as “six figures.” Yikes! That’s a lot of money, especially for an actor who doesn’t really do all that much acting.

She’s already been approached by Hilfiger to do a fashion show appearance. She’s also been offered a deal with a liquor company. However, she’s turned both of those aforementioned deals down. So, not only is she going to charge an arm and a leg for her appearances, but it seems as if she’s also going to be incredibly picky!

Katy never did this kind of thing while she was with Tom Cruise, but now she can’t seem to fight off the offers. Everyone wants her, including random brand names who are more than willing to pay her to wear their stuff. Wow, the perks of being a celeb. Do you think that the Tom Cat was holding her down — making her less desirable in the eyes of her prospective clients?

What do you think of Katie Holmes’s recent business ventures? Let us know in the comments below, and let us know if  you think this new game plan of Katie’s seems a bit desperate. Because . . . I think it sounds a bit desperate. It sounds to me like she’s entered panic mode. No longer does she have that safety net provided by Tom’s bank account. I’m not saying she’s going to have to live on the streets or anything, but she’s in the world alone now — and that can be a bit terrifying, even for a person living in the glitzy Celeb Realms.