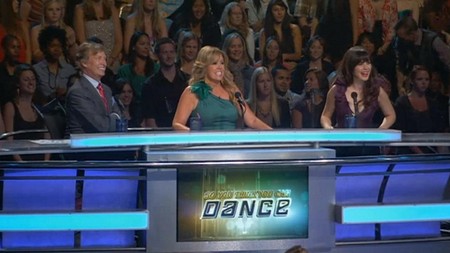 Tonight an all new episode of So You Think You Can Dance airs on FOX after a two week hiatus. This week the Top 20 dancers of Season 9 will perform. Did you watch the last episode, when we were introduced to the Top 20? If you did not we have a full and detailed recap here!

Although we know the top 20 competitors, tonight we will find out who they will be paired off with.  This season a guy and a girl instead of just one contestant will win.  This means we get to vote for our Favorite Male Dancer and our Favorite Female Dancer.

were revealed two weeks ago, and they are finally ready to compete. This episode features the first true competition performances that the audience will have the chance to vote for.

Tonight’s Recap: It’s the beginning of a brand new season of SYTYCD and the top 20 opened the show together for the very first time. Architect of the Mind was the opening piece which featured all the dancers behind office desks wearing office attire. The techno symphony piece was done almost completely in unison. Choreographed by Christopher Scott, it showed off the individual talents and strengths of each dancer. The very first judging panel of season nine includes Mary Murphy, Kenny Ortega and of course, Nigel Lythgoe. Speaking of Nigel, he explains that next week 2 boys and two girls will already be leaving the show so tonight right out of the gate, it’s do or die.

Chehon and Witney are up first tonight. They are taking on a latin routine done by Louis Van Amstel. Since Witney is a ballroom dancer I’m guessing this will be awesome. She is a firecracker so she kind of steals the show in their number set to Jump. Chenon is a ballet dancer so he’s out of his element but what he is, is sharp. His precise moves are what stop him from fading out beside Witney.

Tiffany Maher and George Lawrence 2 are lucky enough to be in the hands of Sonja Tayhed this week.  Turning Page is about star-crossed lovers sand Sonja insisted that they just surrender to the choreography and surrender they did.  They were living each second of anxious desperation and they were able to connect with everyone watching.  We’ve all felt exactly what they danced.

Brandon Mitchell and Janaya French get to show what they can do when pushed by hip-hop choreographers (very pregnant) Tabitha and Napoleon.  Take Care is the story of a struggling couple.  Brandon plays an alcoholic that keeps choosing his bottle over the love of his love.  The frustration and struggle was really built into the isolations and choreography.  NappyTabs smooth style of hip hop just never gets old.

Alexa Anderson and Daniel Baker are performing a sexy jazz piece by Sean Cheesman.  Hey Hey is pretty cool and super fast.  The routine is really intricate and if that isn’t enough, about half of the number was done with Alexa and Daniel climbing on a piece of scaffolding.  Neither of them is my favorite yet, but this is one to rewatch on YouTube because one view isn’t enough.

Amber Jackson and Nick Bloxom Carter are doing a Jason Glickson waltz the first week in this competition.  Usually this dance is the klunker of the night but this was just magical.  Set to Nights in White Satin the duo just floated and the choreography was so fluid that they were stunning.

Amelia Lowe and Will Thomas get to dance a jazz hip hop piece done by Tabitha and Napoleon.  The Love Cats really brings out the sharp, quirky playful relationship that these two have already formed.  One of the best dances of the evening by far.

Janelle Issis and Dareian Kujawa are doing a nearly impossible African Jazz piece by Sean Cheesman. Absolutely love this.  You breathe in the beginning and breathe at the end and just go all the way through.  It was like a jungle dance off and all the little details and hand positions were memorable. This is THE couple to watch I think.

Eliana Girard and Cyrus Spencer are giving us our Broadway fix this week. Tyce Diorio puts them through the paces for the number from the musical Hairspray.  Cyrus is an animator and I think he’s better here than Eliana.  Her movements were great but the plastered smile was distracting.

Audrey Case and Matthew Kazmierczak are so lucky to be in the hands of Travis Wall this week.  Yowza. Seriously, this is just perfect.  The theme is a couple on the Titianic and it uses a couch as a prop.  Audrey and Matthew found a maturity and sensual connection that is nearly impossible to conjure when you first meet someone.  She is fearless with her leaps off the couch onto Matthew.

Lindsay Arnold and Cole Horibe get to do a Paso Doble by Jason Gilkerson.  The music tells the story, it’s called Unstoppable and they were.  I’m not usually a big paso fan but this was unreal. He is NOT a ballroom dancer but you’d never know it.  Lindsay is smokin’ hot and these two were brilliant.

When the first performance show of the season makes it hard to pick a favorite routine, well, it’s going to be a great season.  Tune in next week to see who is eliminated!