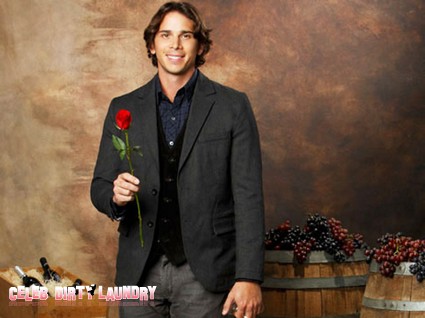 Did you watch last week’s episode of The Bachelor when Ben Flajnik went and visited his final four hopefuls at their home towns? If you missed the episode, you can read all about it HERE.

We’re down to the final three women as everyone heads to Switzerland, and we’re only three weeks away now from Ben picking his new bride, or will he? Ben basically fell for Courtney the second she got out of the limo and was naked with him five episodes later, so I think this episode will show the two hot and heavy in the fantasy suite, there is no way that Courtney is going to give up a freebie for getting naked and making out with Ben.

Now tomorrow night we get a surprise visitor because someone returns to the show, and it’s Kacie! She returns in Switzerland after getting dumped at the home towns. You are probably wondering why she is coming back, well it’s to warn Ben what we already know, that Courtney is an evil bitch. She doesn’t come back to try and win him over or ask to be back on the show.

At the Rose Ceremony Elimination, Nicki Sterling is heading home. Now, when Ben gets down to his final two, in a few weeks, he is going to pick Courtney cause you know he isn’t thinking with his heart, but with Mr. Happy. Now, this scoop is actually true because Courtney, just couldn’t keep her excitement secret, she was seen wearing a band on her ring finger, a camouflage for the huge rock that Ben is going to give her.

Official Synopsis: Ben and his three finalists visit Switzerland for picnicking, Alpine rappelling, and perhaps fantasy-suite nights. There’s also a helicopter tour, a train ride – and the return of a rejected bachelorette, who needs to know why Ben didn’t pick her. Then Ben must reject another woman before he and the final two head to Zermatt, Switzerland, and meet with Ben’s family.

Don’t forget to come back tomorrow night for all the dirty details, cause you know there will be lots of them in our official recap!