The Bachelor ‘Women Tell All’ Wrap-Up 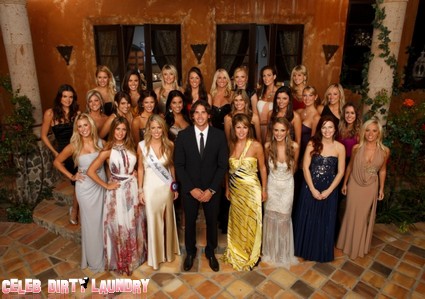 Oh where, oh where do I begin?  This week’s episode of The Bachelor was all about the women telling all – or more like the women hatin’ on Courtney.  No surprise there.  If you missed the episode our official recap is here!  My favorite part (and there were many) was seeing Courtney pace back and forth off stage anxiously waiting being ripped into.  Girl must have been scared to death!

Without going through every single detail of what each and every girl had to say – the three or four front runners who spoke the most were obviously Kacie B, Nicki, Emily, Blakeley – and that girl who was called a ‘Chihuahua’.  Was it Samantha?  I forget but she drives me nuts. The girls talked about how they felt about Ben ditching them, how much they loved him – and how much they despised Courtney.  Here are some of my favorite parts to name a few:

Nicki.  I love her.  After Emily Maynard’s go as Bachelorette, my bet is Nicki will be the next in line. I loved how she said that looking back she did nothing wrong. Power to you girl.  You loved with your heart and you don’t need to look back on what you did wrong.  I might mention that another one of my favorite parts was watching the audience members in the background wiping tears off their face. Hilarious.

Kacie B seemed to have gotten over her initial burst/turrets hiccup after being sent home.  Honestly – the final girls were blindsided by Ben – none of them knew what hit them. The only good thing that came out of it was that they are all now best friends forever.  Well, except for Blakeley … and the Chihuahua.

What else?  Oh yes, we didn’t see anything from crazy Jenna!  I was dying for her spazzy self!!!  We got a small fraction of words from her at the very end but seriously – very disappointing. It might have been a while ago but she was good entertainment in the first few episodes.

Also, blonde Casey (the one with the boyfriend who Ben pretty much told to take a hike) totally has a crush on Courtney.  No sane person would otherwise defend her like she did.   So on to Courtney – no matter how much she apologized the women would never have forgiven her. Sincere or not – and part of me thinks that Courtney wanted to be for reals and show us some sort of compassion, but I just don’t think it’s in her make up.  You know when you go on television that millions of people are going to watch you – and whoever said it was right (I think it was Emily), she only started being apologetic when there were only a couple girls left and she felt the heat.  Does she know the damage she’s done?  For sure.  Would she change it? Nope, she’s famous for being a big bad villain and that’s that.

Bring on Ben.  I don’t know what to say.  Sometimes I hate him, sometimes I like him.  He was definitely honest.  I also think he knew exactly what he was doing when he signed up for the show.  Does he feel blindsided by Courtney’s behavior after watching the show? No doubt.  Does he 100% pick Courtney over Lindzi?  I bet money on it.  Where the heck was Lindzi this episode?  The girl’s name was never brought up until the end.  They might as well have done the final rose ceremony tonight.  I don’t even want to watch next week’s episode.  You know I will but it’ll be 2 hours of my life I’ll never get back.  Just another Monday…

I’ll conclude with this – nothing was a big shocker except for the fact that I didn’t think it was possible to be more embarrassed for bad kisser Janie.  Just when I said to my roomie that if I were her I’d never want to show my face on TV again…she goes ahead and offers herself up to him and makes – not that we thought it possible – more of a fool of herself than while on the show and ‘teaching’ Ben how to kiss.  I almost threw up in my mouth due to shocking embarrassment/uncomfortableness.  I thought Jenna had problems. Nope, Janie wins the prize.

Next week let’s all watch Ben pick Courtney and then find out they have since broken up.  I hope I’m not spoiling it – but come on, am I wrong?