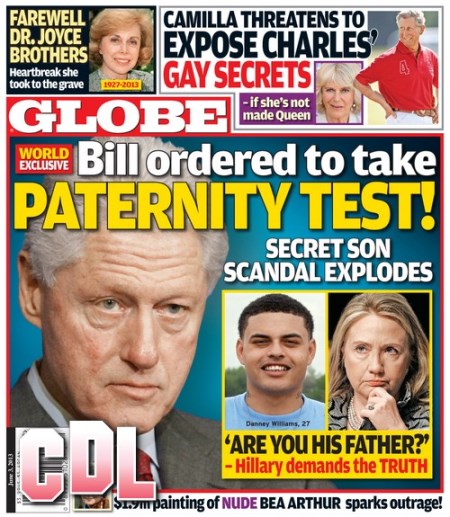 Camilla Parker-Bowles has already made it painfully clear that she WILL be queen and no one is going to stop her crazy train from speeding straight to the top of that throne. In stark contrast, it seems like Prince Charles is dragging his feet towards becoming a reluctant king. Queen Elizabeth is said to be in fragile condition and so she has been passing more of her obligations over to Charles but I get the feeling he would rather not have to step up and rule the country.

For a while it looked as though Prince William would be bypassing Charles and taking his seat on the throne next. Elizabeth has made no secret of the fact that she’d prefer William and Kate Middleton leading her beloved nation. What many don’t realize is that Charles is actually very close to Kate and he himself would probably rather see his son assume the responsibility of being King. That has made Camilla flip out on multiple occasions. She sees the crown the same way that a toddler sees a bag of candy. It’s just “gimme” with no thought for her husband or the weight that the title actually carries.

According to the June 3rd print edition of GLOBE, Camilla has resorted to threatening Charles into staying the course and accepting all of the added responsibility with grace. This chick is vicious and she’ll stoop as low as is necessary to get what she wants so in a way, some of the allegations that she’s ready to make public aren’t at all surprising. She has threatened to expose Charles’ “gay secrets” if he doesn’t lead them both up onto the throne.

Does Charles really have gay secrets buried deep in his closet? Who knows but you know as well as I do that Camilla will make up whatever she needs to in order to get her way. I don’t see her as making idle threats either. I can easily see Camilla weaving old stories about Charles playing with the boys back when he was away at school, can’t you? Tell us your thoughts in the comments below!

This is the type of story that only GLOBE can discover!  With their deep palace sources and unerring nose for the truth no secrets are safe from GLOBE.  I rely on GLOBE as my primary source for Royal reporting and I’m never disappointed.