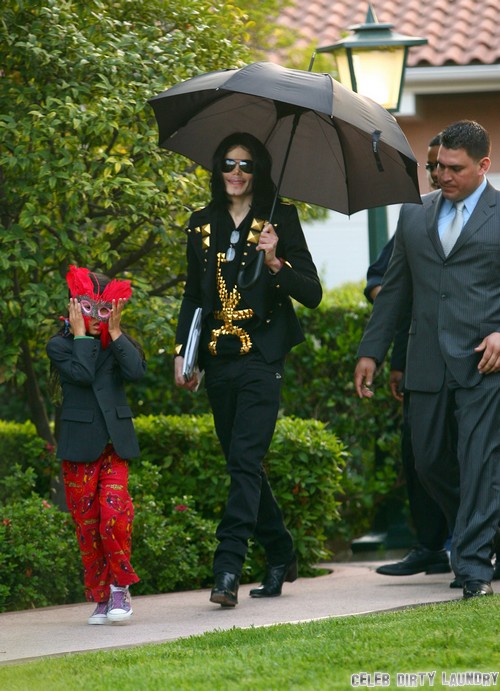 After Michael Jackson’s death, the Jackson family went into a tailspin of greed, scandal, and madness. His children – once thought to be eccentric extensions of the trouble star – were thrust into spotlight and stripped bare for the world to see.

Paris Jackson attempted suicide last week, but instead of placing emphasis on her turbulent emotions and getting her the help she needs, the Jackson family once again became obsessed with the Jackson legacy.

Paris established a bond with her mother, Debbie Rowe, after her grandmother, Katherine Jackson, failed to “connect” with the troubled 15-year-old. This prompted Rowe to offer Paris legal guardianship if she wants it.

However, according to The New York Daily News, Rowe wants to honor Jackson’s will by not applying for legal guardianship while Katherine is still alive. TMZ also reveals that the judge in the guardianship case is still reviewing whether Katherine is able to care for the three Jackson kids, but if the judge strips Katherine of custody, Rowe is said to be waiting in the wings.

“Debbie said after Michael died that she would be there to take care of the kids if Katherine needed her. [Paris’ living with Rowe] would be an arrangement based on Katherine’s permission.”

Sources close to the family claim that Rowe is only motivated by fame. “If her intentions were pure she’d be speaking to the family,” reveals one such source. “The family will ‘fight Debbie tooth and nail’ if she attempts to secure guardianship.”

Ultimately, Paris is just a 15-year-old girl trying to navigate the obstacles of fame, fortune, and teenage angst.

What do you think? Do you think Debbie Rowe only wants fame and fortune? Do you think Katherine Jackson is able to care for these kids? What would Michael Jackson have had to say about this drama? Let us know your thoughts in the comments below.