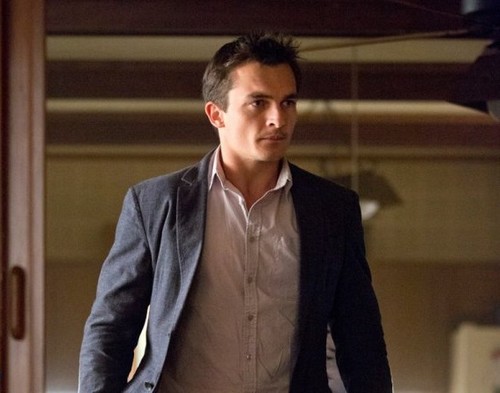 Tonight’s episode of HOMELAND was shocking – who expected Carrie to be pregnant so now we know why she stopped taking her lithium.  I cannot wait to see next week’s episode.  Good news, we have managed to get our hands on a sneak peek video and a few spoilers to whet your appetite as you wait  for next week’s episode 6 “Gerontion.”

On tonight’s episode we learned Carrie is pregnant but of course in Carrie fashion she is in denial.  She has take many many pregnancy test hoping she had a false positive.  Question is – who is the father, Carrie has slept around a bit.  Will it be Brody or someone else?  Meanwhile Brody’s daughter back from her escapades decided she wanted to change her last name.  Mom agreed but then found out not only did she want to change her name, she wanted to move out.  Carrie, Saul and Quinn worked to try and take Javadi down.  Did you see tonight’s episode, a lot more happened.  We have a full and detailed recap, right here for you.

Spoiler alert: If you’re one of those people who doesn’t like spoilers, stop reading now! We have some juicy spoilers for you about the season 3 episode 7 of Showtime’s “Homeland”

Official AMC synopsis of next week’s episode: “With his old adversary in custody, Saul makes the gamble of his career. Meanwhile, Carrie and Quinn scramble to contain a local police investigation; and Mira comes to a crossroad in her marriage – will face some hardcore turbulence.”

On next week’s show Saul will make a gamble in his quest to take Javadi down.  Saul is going to make some alliances.  Saul makes a plea because he says it is a once in a lifetime operation that could transform everything.

Homeland season 3 episode 7, “Gerontion”  airs on AMC on November 10th, 2013. Check out the preview video below and some photos of season 3 episode 7 and let us know in the comments below what you think!  Are you enjoying season 3 of Homeland?