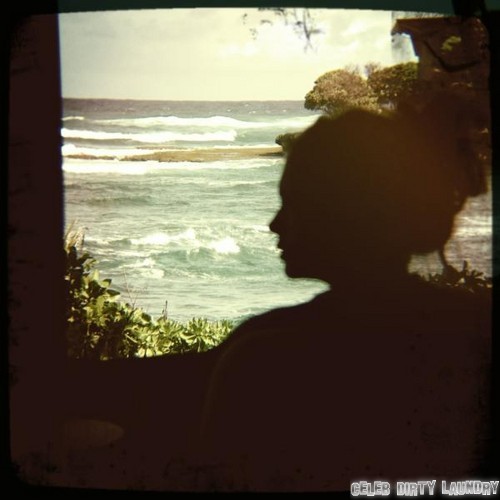 Uh oh, I think a lot of Vampire Diaries fans aren’t going to be happy about this! After finally confirming their split last month, both Nina Dobrev and Ian Somerhalder have gone is complete opposite directions. He has been spotted out with random chicks while hopscotching from one promotional gig to the next.

Nina has laid low and seemed, at least for a while to be healing from the split. All of her tweets were about growth and self-discovery and Nina appeared to be learning a whole lot about herself in the midst of her boyfriends’ cheating with co-star Malese Jow. Nina is back now and better than ever. She recently teased fans about packing light and heading off on a trip. Clearly it was a vacation and she was pretty damn excited about it.

We’ve seen Nina pop up on girls’ trips over the past few months and she has had no issue living in front of the paparazzi’s lens when Julianne Hough is at her side. However, Nina has been in Maui for a few days now and the only thing that has popped up is a random fan pic here and there. In other words, Nina is hiding out on the island- because she’s not exactly alone! Rumor has it this is not a solo trip because Nina doesn’t do those, but she’s testing the waters with a new guy, in a paradise location!

Remember when Nina and Ian first got together than kept things hidden for months? Well, we have seen Ian parade women around so clearly keeping things low key isn’t his style, but it is Nina’s! Who do you think she’s quietly seeing? Is it a celeb? Tell us your thoughts in the comments below!