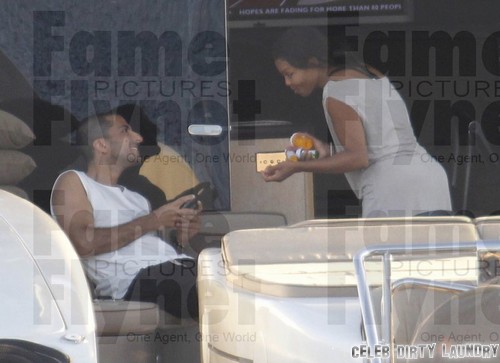 Okay, I understand that some people are really germaphobic and that they can’t help but clean things in their immediate space. I get that it’s a obsessive-compulsive behavior and all, but if you’re tormented by it, wouldn’t you get some help or something? Apparently Janet Jackson hasn’t opted to take that route just yet. Instead she had an utter meltdown on a British Airways flight the other day, the kind that left everyone around her staring with their jaws dropped at her excessive behavior.

It seems Miss Jackson isn’t going to take the risk of there being anything nasty in her seat or the surrounding area. Janet boarded her flight in London, bound for L.A. And proceeded to disinfect everything with antibacterial spray and a pile of tissues. We’re talking seat, tray, armrests, window area- absolutely everywhere. Janet clearly didn’t care who watched because she spent 40 long minutes wiping everything down before finally settling into her seat. If only every inch of her career had been handled with that kind of meticulous care!

Janet wasn’t the only celeb on board this flight, Victoria Beckham sat watching her obsessive behavior along with everyone else on board. Think about that, Janet made Posh Spice look like a low maintenance chick comparatively! Here’s the thing, if Janet is this germaphobic isn’t it kind of shocking to hear that she flies commercially? I would think she’d insist on her own private jet to travel but even then I bet Janet’s issues would still take over. She’d be boarding that with the same antibacterial spray and mountain of tissues anyway!

Are you surprised to hear that Janet suffers from this condition? I say suffers because it clearly disrupts her ability to simply enjoy her privileged life and really live in the moment! Tell us your thoughts in the comments below! 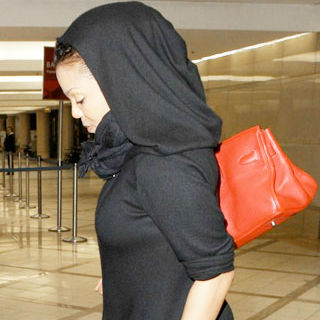