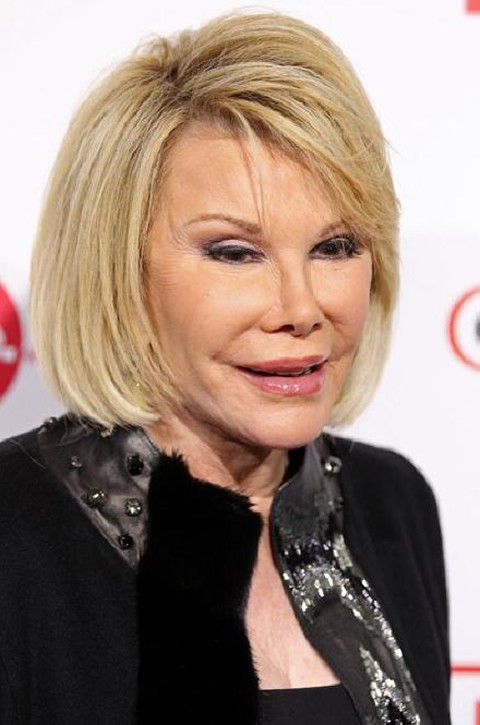 Joan Rivers made herself a lot of enemies today when she went after the Internet’s favorite celebrity, Jennifer Lawrence. To be fair, Jennifer did go after Joan first, albeit in the form of criticizing the Fashion Police.

It all went down during Jennifer’s never-ending press tour for The Hunger Games: Catching Fire, where Jennifer went off on a rant about body image in the media. Jennifer criticized shows like the Fashion Police for promoting body-shaming and creating a culture of superficiality. She explained, “Shows like the ‘Fashion Police’ and things like that are just showing these generations of young people to judge people based on things [that don’t matter]. They put values in all the things that are wrong and [show] that it’s ok to just point at people and call them ugly and call them fat and they call it fun.”

Of course, Joan never fails to respond to criticism, and she retaliated against Jennifer by tweeting, “It’s funny how Jennifer Lawrence loved @E_FashionPolice during Awards Season when we were complimenting her every single week… But now that she has a movie to promote, suddenly we’re picking on all those poor, helpless actors. WAIT! It just dawned on me why Jennifer Lawrence fell on her way up to the stage to get her Oscar. She tripped over her own arrogance.”

This is ridiculous. Jennifer was asked an innocent question and replied with her honest opinion, which is also TRUE. The Fashion Police DOES value superficiality and judge actors and actresses by calling them fat and ugly. In fact, Joan often tends to be one of the most vulgar, crude, tactless, and offensive talk show hosts on television, and that’s saying a lot. Jennifer was just stating a fact, and it’s clearly a topic that means a lot to her. Now, I do agree with Joan that actors do act like hypocrites most of the time, what with sucking up to the fashion folks during awards season and then pretending that they don’t exist the rest of the year. However, Jennifer’s always been very vocal about her thoughts on this particular topic, and to the best of my knowledge, I can never remember her praising the Fashion Police.