Kate Gosselin and Jon Gosselin Getting Back Together? Jon Seeks Fake Girlfriend For VH1’s Couple’s Therapy, Kate is Perfect! 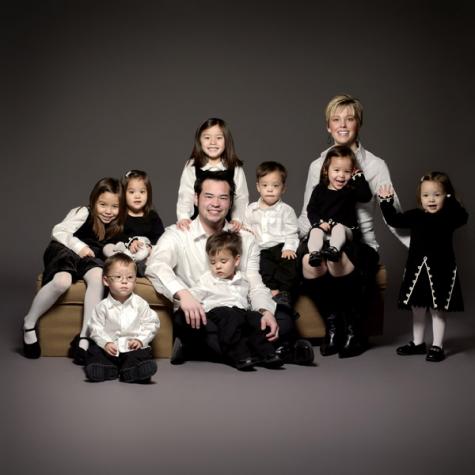 According a report from Radar Online, Jon Gosselin recently shopped around for a new girlfriend to appear on VH1’s Couple’s Therapy alongside him. That’s even more pathetic than Kate Gosselin‘s famewhore attempts at getting another reality show, but it does lend a certain irony to the fact that Jon will be back on TV first.

He’s already proved that he’s willing to go to more lengths, especially if he was going to pay someone to pretend to be his girlfriend. It really shows his commitment to being famous again. I mean, now he’s going with his ‘girlfriend‘ Liz Janetta, but who’s to say that he didn’t pay her off as well?

Radar’s source does add that Jon first reached out to ex-girlfriend Hailey Glassman to appear on the show with him, explaining, “Jon reached out to Hailey a few months ago with a ‘lucrative opportunity’ if she’d just, as he put it, pretend to date him again. Hailey had zero interest. She wants nothing to do with Jon or any of the Gosselins. But he was desperate and it showed.”

Obviously, if he was willing to pay Hailey to pretend to be his girlfriend, he probably did the same for this Liz woman. But regardless, he got what he wanted. He and Liz will be appearing on the next season of Couple’s Therapy, which might help him pay off his debt enough that he no longer has to work as a waiter. Yeah, he’ll pretend that he’s fine doing that and that he enjoys being a waiter and staying low-key, but like his ex-wife, his famewhore streak refuses to go away completely. I do bet that Kate is seething though. If only she had thought of this idea first.