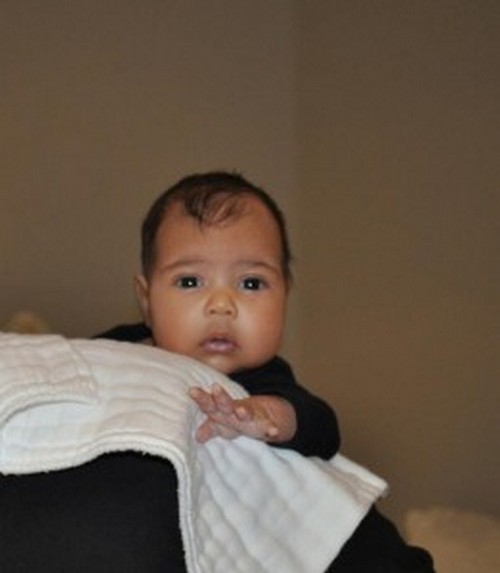 According to reports, Kim Kardashian has decided to take North West on tour with Kanye West. On the one hand, my first reaction is disgust – of course Kim would take a baby on a freaking music tour. On the other hand, Kim and North have barely spent any time with Kanye since North was born, and although that’s Kanye’s fault, I do feel pity for Kim.

According to Radar’s sources, Kim is tired of being left behind, and has decided she will accompany Kanye to select cities on his Yeezus tour. According to sources, “Nori will be back at the hotel. The new parents don’t want her to be exposed to a lot of people, and random strangers. Kim thinks she and the baby will remain with Kanye throughout the North American leg, but life on the road is going to get very old, very fast.” HA! Of course, Nori will be back at the hotel – Kim was probably so tired of not being the center of attention that she carefully orchestrated it this way.

The sources agree and state, “Kim is used to being the center of attention, even though she has a baby, some things will never change. Changing hotels every few days, trying to keep Nori on a sleep schedule will be very hard. The likely scenario is that Kim will join Kanye in major cities such as Los Angeles, Las Vegas, Chicago and New York. Kanye doesn’t want to be away from the baby for more than three days.”

What do you guys think about Kim taking North on the tour with Kanye? Even if ‘Nori’ stays in her hotel room for most of the time, it still seems too risky to travel on such a rigorous schedule when the baby’s so young, no? Let us know your thoughts in the comments.