BY Heather DiPietro on October 17, 2013 | Comments: one comment
Related : Divorce 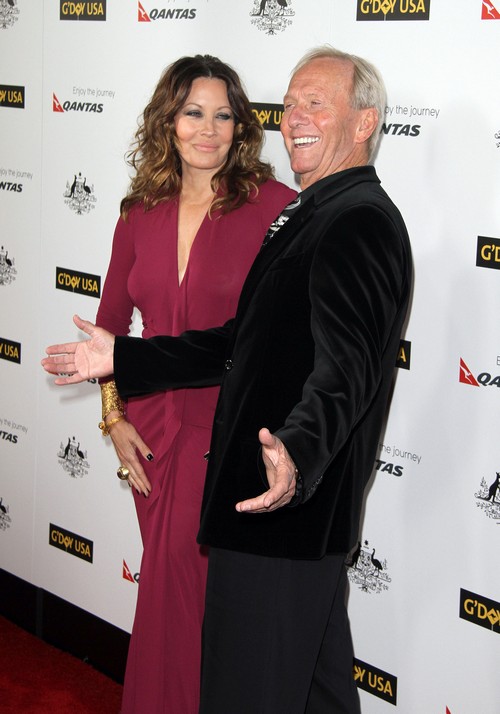 Paul Hogan’s wife of 23 years Linda Kozlowski Hogan filed for divorce citing irreconcilable differences.  The two met on the set of the 1986 Australian comedy film “Crocodile Dundee” and married May 5th, 1990.  When they met Paul was in the throws of his second divorce from his first wife Noelene Edwards whom he had five children with.  That divorce was said to be one of “Australia’s ugliest in celebrity circles.”

It looks like this divorce may be another contentious one for the 74-year-old Paul.  Linda, 55, wants her name changed back to her maiden name, Kozlowski,  she wants joint custody of their son and spousal support.

Paul is said to be worth a whopping $20 million so there is a whole lot of money for the two of them to fight over.  A rep for the couple claims the split is amicable, but we will see.  This is the second divorce for Paul and the second for Linda.