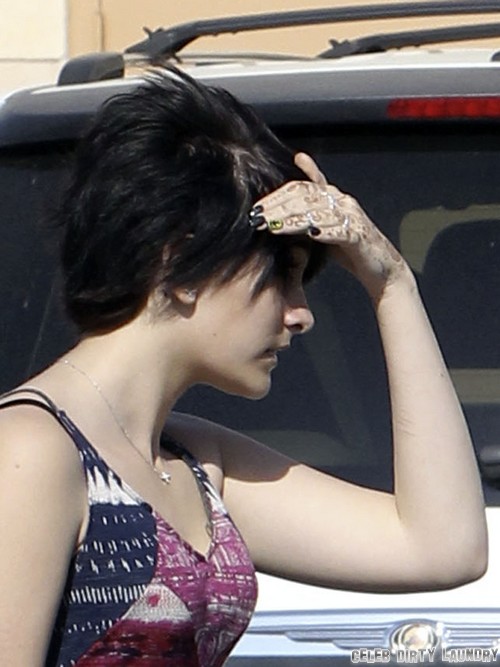 Not trying to kill your vibe, but where on earth is Paris Jackson? The beautiful daughter of the late ‘Thriller’ and King of Pop, Michael Jackson, has been mysteriously missing since her interview with Oprah, and her alleged fight with her Aunt Janet ‘Miss Jackson’ if you’re nasty.

Did Will Smith try convincing her to join Scientology? Paris’ biological mother, Debbie Rowe, flooded the courtroom with tears in the wrongful death civil trial. Rowe said that her teenage daughter “is devastated. She tried to kill herself… She has no life. She doesn’t feel she has a life any more.”

Randy Jackson, (not the one with the messed up hair, Jermaine is now a ‘Jack’SUN’) tweeted, “I just hate the fact that you will probably still be there on my brother’s birthday. She is not psychotic. There is no reason for her to be in a psychiatric hospital this long away from her family.“

This is the reason ‘Wacko Jacko’ didn’t want his kids exposed to the media. Maybe Michael Jackson wasn’t crazy after all. He knew first hand the torment of growing up in the spotlight. The media doesn’t feel guilty for driving this young starlet insane. Michael Joseph Jr. (Prince), Paris Michael Katherine, and Prince Michael II (Blanket) didn’t ask for this fame. Celebrity was forced down their throats.

Now that Paris Jackson can use Google, and see the disgusting accusations against her dad, the pain is unbearable. This child didn’t realize she was famous until after her pop icon daddy died. The Jackson kids honestly didn’t realize their father was the biggest entertainer of all time. Unlike Kim Kardashian, he wanted his kids to be normal. She joined social media, and was bombarded with racial slurs against her father, and jokes about his surgeries.

Katherine Jackson – Michael’s aging mother, and person he loved most, is in no physical or mental condition to deal with the torture Paris is experiencing. According to TMZ, Debbie Rowe, a big fat sell out claims “As usual, he’s grossly misinformed. He doesn’t know what he’s talking about. He has no idea where she is. She’s not in a psychiatric hospital,” referring to Randy’s tweets.

Randy may be irrelevant to the to the wrongful death trial, but does he have a point? Is it okay to ban this kid from the world just because she began puberty and her dad died? Boarding schools, nannies, and prescription drugs seem to be the answers to all rich people’s problems.