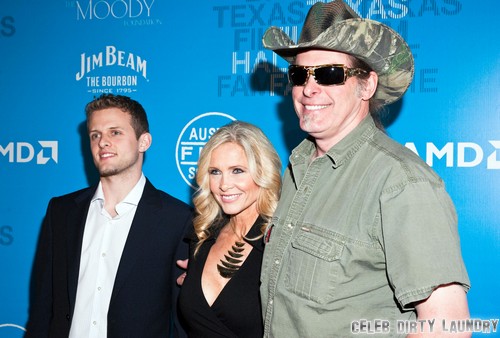 Surprise, surprise. Ted Nugent‘s wife, Shemane Deziel [otherwise known as Shemane Ann Nugent], was arrested for at an airport in Dallas for bringing a gun into the terminal. Let me repeat that – she brought a GUN into a TERMINAL at the AIRPORT.

She was reportedly immediately arrested, and she’s probably under interrogation now. While Shemane has a concealed handgun license, there are still strict laws governing bringing a gun into an airport or on an aircraft, i.e. NOBODY is allowed to do it except for air marshals. Shemane’s attorney has already issued a statement claiming that Shemane made an ‘honest mistake’, to which I saw puh-lease.

Her attorney claims, “[She] completely forgot or never knew the weapon was in her bag. She is very embarrassed. She’s never been in this situation before. She has expressed remorse for any inconvenience for any public safety officials.”

How is bringing a freaking fun into an airport an ‘honest mistake’? Guns are allowed in checked bags, but how stupid do you have to be to bring a gun in your carry on baggage, knowing that you’re going to be going through a security check?! Considering that her husband is Ted Nugent, I’m not exactly surprised by this, but hopefully, she won’t get off just because she made an ‘honest mistake’. If she were to not get in trouble for this, then any terrorists who get caught can also say ‘we made an honest mistake’, and it sets a dangerous precedent. 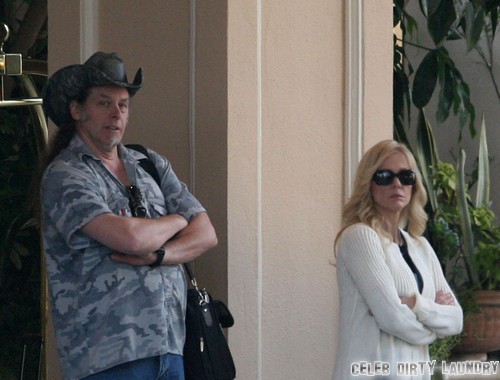