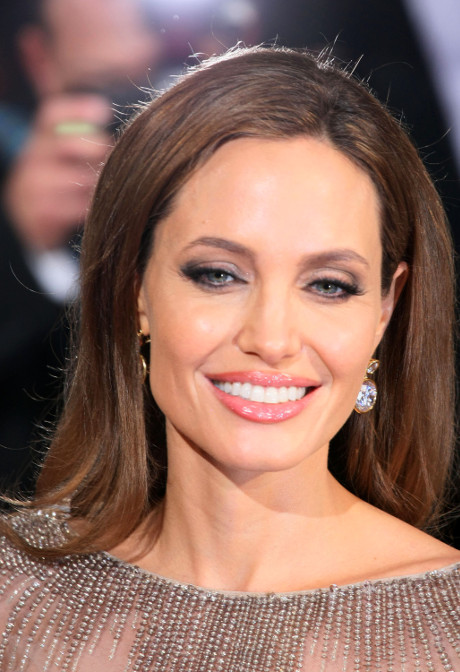 Angelina Jolie was in China last week to promote Maleficent, and she somehow managed to bring Brad Pitt along on the trip. For those of you who don’t remember, Brad was supposedly banned from the country following Seven Years in Tibet, because China clearly can’t handle anything or anyone that makes their country look less than perfect. Freedom of speech? What freedom of speech?

Anyway, Angelina’s also received her fair share of controversy this time around, all because she called Ang Lee Taiwanese instead of Chinese. When asked about the possibility of working with Chinese directors in an interview, Angelina pointedly said, “I’m not sure if you consider Ang Lee Chinese, he’s Taiwanese but he does many Chinese-language films with many Chinese artists and actors, and I think his work and the actors in his films are the ones I’m most familiar with and are very fond of.”

On the one hand, I get it – they want to claim Ang Lee as their own, and they’re not going to like it when major Hollywood actresses go around and publicly disagree with their views. However, Angelina totally knew what she was doing when she said this, and I’m glad she did. China can continue to pretend that Tibet and Taiwan are a part of China, no ifs and buts about it, but the reality of the matter is is that Taiwanese people and Tibetan people don’t necessarily feel that way. In a way, Angelina was honoring everyone in Taiwan by saying what she did, even if it pissed off everyone in China.

Now, people are going nuts and saying that she should be banned from China for supporting Taiwanese independence. Um, I highly doubt China will ban Angelina for making such a simple comment, but then again, they have banned people for less. In the same way, I don’t think Angelina will really get crucified for this, because she’s Angelina freaking Jolie. China doesn’t have the best reputation in the world, and considering that they’re trying to hard to work out co-productions in Hollywood, I don’t think they would risk alienating one of the biggest actresses EVER.