Apollo Nida Implies T.I. Was An Informant To The Feds Just Like He’s Become After Pleading Guilty To Fraud! (VIDEO) 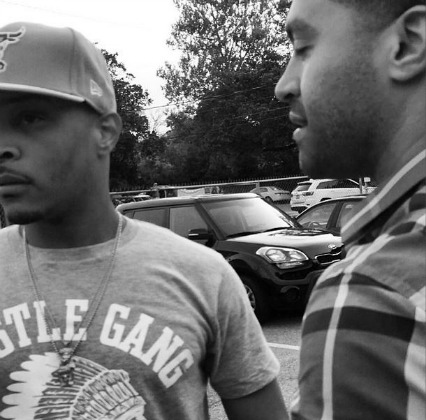 The trial and case surrounding Apollo Nida‘s mail, bank, and wire fraud has gotten an incredible amount of media attention — and it’s not looking like it’s going to stop anytime soon. After Apollo pled guilty to committing fraud, news surfaced that he struck a plea deal to reduce his potential sentence time, and the plea bargain reportedly states that he will be assuming the role of an informant for the feds. The exact language says that he’ll be working in an “undercover investigative capacity.”

We reported on that news Wednesday and thought it strange that authorities would release information of him working as an undercover rat . . . . Because who in their right mind would confess to him now that they know he’s just going to turn around and rat him out? Who knows? If I was a super smart criminal, I wouldn’t be!

Since the news of his plea deal surfaced, someone on Twitter called Apollo a “rat,” a term Apollo’s not entirely comfortable with. He responded with the following statement: “Ur dumb as f**k its standard language in a federal plea agreement Michael Vicks TI’s plea It’s the same language different charge.”

Well, guess who didn’t like being linked to Apollo’s mess? Yep, you guessed it. T.I. The two confronted one another at a Sister 2 Sister event on Thursday, and their little exchange was captured on video. It ends with T.I. telling Apollo to “straighten it up because perception is reality.”

And Apollo, maybe fearing for his life, did just that via Twitter:

Watch the video of their exchange below and let us know what you think of Apollo’s mess . . . .