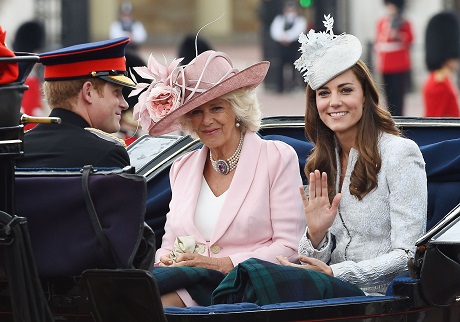 Prince Charles was always going to marry Camilla Parker-Bowles, but at the time, nobody imagined that Camilla would ever get the title of Queen Consort. Queen Elizabeth was never happy with Charles’ relationship with Camilla, and even the royal family’s sources just assumed that Charles would end up making up a title for Camilla.

However, that all changed a few months ago, when the Queen decided to start handing over more responsibilities to Charles. After years of Charles whispering into the Queen’s ear, I guess she finally broke down and gave in, if only to stop her son from bothering her with such inane requests. The Queen’s got better things to do than sit there and contemplate her least favorite daughter-in-law’s royal title.

Of course, the Queen has also been warming to Camilla recently, as evidenced by her decision to add Camilla to the official prayer list. Plus, Charles had been hinting at Camilla’s title change for a few months, so it’s not especially surprising to hear that Camilla might actually get the title of Queen Consort, as opposed to Princess Consort or something equally as unimportant.

Anyway, the people really don’t seem to care, one way or another. They still miss Princess Diana and aren’t particularly fond of Camilla, but they have Kate Middleton and Prince William to obsess over now. Plus, the Queen ain’t going to retire willingly, so it’ll probably be quite a few years before anyone has to deal with this matter. Plus, if the Queen isn’t there to stop him, you know Charles is going to go ahead and make Camilla the official Queen Consort whether anyone approves or not. After all, he’ll finally be the King at that point, and he’ll be in the position to make those calls.