Iggy Azalea Twitter Response To Rah Digga’s Diss, She Feuds With Everyone! 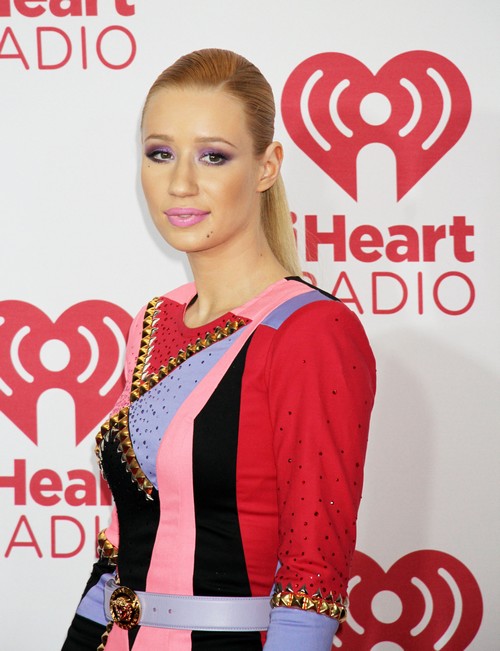 Is it just me, or does Iggy Azalea have a feud with EVERYONE right now? First Nicki Minaj, and now Rah Digga? Iggy’s currently embroiled in a battle of words with Rah Digga, although if we’re being objective about this, Ms. Digga has also had her fair share of feuds in the past.

Rah Digga was a guest on ThisIs50’s station earlier this week, and discussed her issues with Iggy Azalea. She explained, “Iggy Azalea, I can’t really get into her. Because it’s just not real to me. There is a white girl from Australia that spits in an Australian accent, and her name is Chelsea Jane….”

She said a lot more than that, but it was all in a similar vein – Iggy is pretentious, hipster-y, and her whole act is put-on.

Again, Rah’s words come off as simple pettiness combined with jealousy, especially since she kept going on and on and on about it. It seems like a little more than just a simple diss, right?

Of course, Iggy’s never able to stay quiet whenever she’s dragged into the spotlight, so she ended up taking to Twitter to retaliate against Rah’s comments. However, Iggy focuses most on the part where Rah called her out for not writing her own song lyrics, and her Twitter comments read, “It’s definetly funny seeing ppl get so emotional over it all. What does it matter? I honestly don’t really mind if I’m described as rap or pop. My passion is purely making music and entertaining.”

Iggy doesn’t claim that she writes her own lyrics, but she also mentions that every female singer gets blamed for not coming up with original material at some point in their career. But that being said, this is an astonishingly over-used dodge tactic to avoid the real issue – which is that Iggy has somehow managed to make more than a few enemies in her [relatively] few years in the industry. Coincidence? Maybe, maybe not.