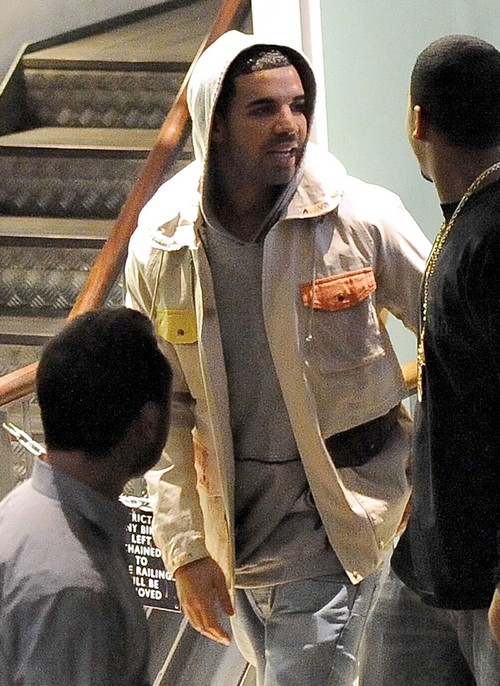 Oh boy…looks like Drake started yet another war stemming from that Rolling Stone interview that continues to bite him in the ass.

In the interview, Drake commented on Jay-Z’s recent love of art and the fact that he’s included his appreciation of it in his music stating, “It’s like Hov can’t drop bars these days without at least four art references. I would love to collect [art] at some point, but I think the whole Rap/art world thing is getting kind of corny.” While Drake’s comments are understandable—I mean rappers whose music includes references about street life and thugging doesn’t seem appropriate to include expensive art appreciation—Jay-Z didn’t seem to think so and called him out on it on a Jay Electronica’s track “We Made It,” which Jay-Z raps a few verses on.

Apparently Jay-Z was bothered by the comments Drake made since he targets Jay’s credibility. Jay raps, “Sorry Mrs. Drizzy for so much art talk. Silly me, rappin’ bout sh*t that I really bought / While these rappers rap about guns that they ain’t shot / And a bunch of other silly sh*t they ain’t got,” reports ONTD.com. Every rapper needs their street credibility intact, or they’ll begin to lose fans. Kanye West is a perfect example. His fan base has dropped significantly since he’s been cavorting around as Kanye Kardashian. Drake knew exactly what he was doing when he made the comments to Rolling Stone, but is he messing with the wrong person?

Jay-Z is very popular and has a much stronger following and fan base than Drake. Not to mention, Drake came off as a whiny, entitle brat in the interview and afterwards when he lost his cover to Philip Seymour Hoffman, to which he publicly shared his anger about via Twitter. So while Drake tried to throw shade on Jay-Z, while testifying that he is still true to the game, likely it didn’t do anything to jeopardize Jay-Z’s reputation. At least Drake has something to keep him busy and away from any interviews as it has been reported that he and Rihanna are “on” and officially a couple. What do you think? Was Drake’s comments about Jay-Z warranted? What do you think about Jay-Z’s response?