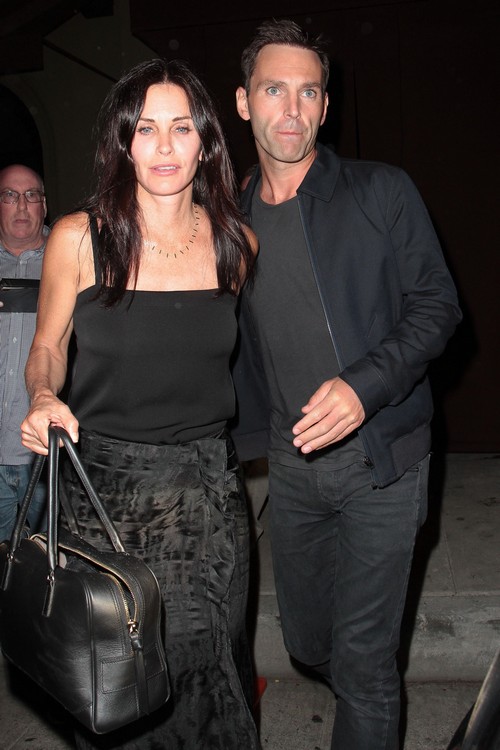 Uh-oh, trouble in best friend paradise. Although Jennifer Aniston and Courteney Cox have had their fair share of fights and reconciliations, this latest fight might be their biggest one yet.

It’s no secret that Courteney Cox has gotten a bucket load of plastic surgery, especially since her face is living proof of that. But I don’t think she expected that her BFF Jennifer would ever be willing to call her out in public like that. In an interview with Yahoo Beauty, Jennifer made some pretty rude comments about her ‘friends’ who have had plastic surgery.

She said, “I am grateful to learn from their mistakes, because I am not injecting s**t into my face. No honestly, I see them and my heart breaks. I think, ‘Oh god if you only know how much older you look.’ They are trying to stop the clock and all you can see is an insecure person who won’t let themselves just age.”

Ouch. We all know who she’s talking about here, right? She says ‘friends’, but what other friends does Jennifer have that have messed with their face so much? Granted, she hangs around with a group of actresses who definitely dabble in Botox now and then, but nothing compared to what Courteney has done to herself. If anything, Jennifer’s every-once-in-a-while tweaking is so minimal compared to Courteney’s excessive botox, injections, and filler situation.

And of course, Jennifer is right – but will Courteney agree with that? Of course not. To her, her best friend just dissed her in an interview, told her she looked older, and called her an insecure person who refuses to accept reality. Of course she’s mad!