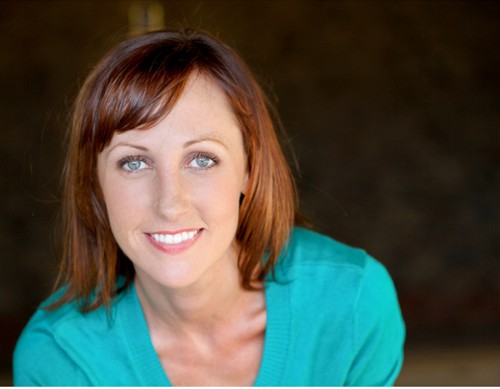 CDL had the pleasure of an interview with the über-talented Kathy Searle, star of the upcoming flick My Man is a Loser. This film is rich in star power, with a cast that includes John Stamos as playboy bachelor Mike, Michael Rappaport and Bryan Callen as Mike’s best friends, Tika Sumpter as Mike’s beautiful no-nonsense friend, and Heidi Armbruster and Kathy Searle as the poor wives who must deal with the repercussions from Mike’s ill advice to his two married best friends. My Man is a Loser will be released in theaters and On Demand on July 25th.

Kathy, who plays Lianne—the sassy wife of Michael Rappaport’s character, Marty—is a comedic genius and it certainly shows in this movie. Kathy has an extensive resume which includes many National commercials, popular television shows, voiceovers, film, and hosting gigs. Her ability to play a variety of characters keeps her in high demand as she holds her spot as one of the most sought after, talented actresses today.

Because her acting experience demonstrates how well she can morph from a killer on Body of Evidence to a “cool mom” in the film Baby Mama with Tina Fey and Amy Poehler, we had to ask Kathy how she prepares for the different characters she plays and what she liked about Lianne’s character in My Man is a Loser. Kathy tells us, “I work with two acting coaches and will go over the script with them. Once I read sit, I have to listen to music. I find just the right song that represents the style of the character, and I listen to that as I explore the character, make it believable. I always try to include elements of reality into each character.” She goes on, “When I first read the script, I knew I had to play Lianne. She is just so blunt and I loved that aspect of her personality! I feel like I need to be more like that, not as filtered. It was really fun to just be more truthful. Lianne takes no BS…she is completely honest. A little hard, but I liked exploring the character. [This role] definitely made me feel like I needed to go to the gym, though! She is a health freak so I definitely felt like I needed to work out!” We think you looked great even before the film, Kathy! So we know Kathy is a big music fan and she uses music to help get into character. So what type of music is her favorite? “I love 80’s music! It is also exciting to hear current music that has sort of an 80’s vibe. I love St. Lucia. I listen to elevate over and over. Betty Hoo is great, too,” Kathy shares. For good old American rock, her o-to band is Red Wanting Blue.

In the film, Lianne is married to Marty, played by famed actor Michael Rappaport. We wondered what it was like working with Michael. Kathy shared, “Most of our scenes were shot in one week so it was great! We had a full week of working with one another. I remember I was so intimidated to talk to him at the cast dinner because I was such a big fan. He was great though, and we actually bonded over [our love of] music. He is a big music fan and even did a documentary on A Tribe Called Quest.” Kathy describes Michael as “full of energy! Even though he is from LA, he just has this New York vibe going on. We had a blast working together—he is so much fun.” Kathy says she got a good laugh at the height difference between the two of them as Michael is very tall and she is on the shorter side. Michael seems wonderful, but we’re sure everyone is dying to know what it was like working with our favorite Greek hunk, John Stamos. Kathy spills the tea exclusively to us! “John is just dreamy,” she says. “He is one of the most handsome men. I was taken aback at the cast dinner—he is just so warm and inviting, and doesn’t come off as arrogant. He walked in in glasses and casual jeans and there was a moment there where I think I actually fell in love with him! He is just so unaware of how beautiful he is and what a sex symbol he is.” On a more serious note, Kathy adds, “John loves what he does. Heidi [Armbruster], Mike Young, who is the writer and director, and I went to see John in The Best Man on Broadway and you can just tell that he loves acting, the craft. It is exciting to see.”

With Kathy’s history of working with some amazing actors and actresses, we wondered who she’s enjoyed working with the most and which actor or actress she most admires. Kathy tells us, “I have worked with so many talented writers, directors, and costars. I am very lucky. One of my favorite experiences was working on Hope and Faith. Ted McGinley, Kelly Ripa, and Faith Ford were so great. Of course, working with Tina Fey and Amy Poehler was a dream come true!” Kathy’s admiration of Leslie Mann runs deep. She thinks Leslie is amazing and by far her favorite. She likes that she is funny both in and out of movies. “She is honest and real. That doesn’t change,” Kathy says. She most admires those genuine actresses who just keep it real. Among her favorites are Sandra Bullock, Melissa McCarthy, and Kristen Wiig.

Though Kathy’s goal is to land the perfect sitcom, she goes for reality TV when she has down time. After sharing her dream of meeting Andy Cohen (Andy, are you listening?), Kathy admitted to watching everything from Housewives, to Hoarders, to Catfish. After we both admitted to having a crush on Catfish’s Nev Schulman and Max Joseph, Kathy shared that she also enjoys watching Modern Family, Saturday Night Live, and the new FX series, Married.

Besides her current projects, including a television pilot, we know we’ll be seeing lots more of this fantastic actress! Between her flawless comedic timing and her ability to drench us with sorrow or pepper us with anger, it is obvious that Kathy will join the ranks of the elite few who have been able to successfully play both dramatic and comedic roles. Don’t forget to check out Kathy as Lianne in My Man is a Loser and be sure to have some fun watching some of her best work below. Better keep an eye on this sassy lady by following her on Twitter! Check out the trailer for My Man is a Loser below.