Kendall and Kylie Jenner Whore Around on Social Media 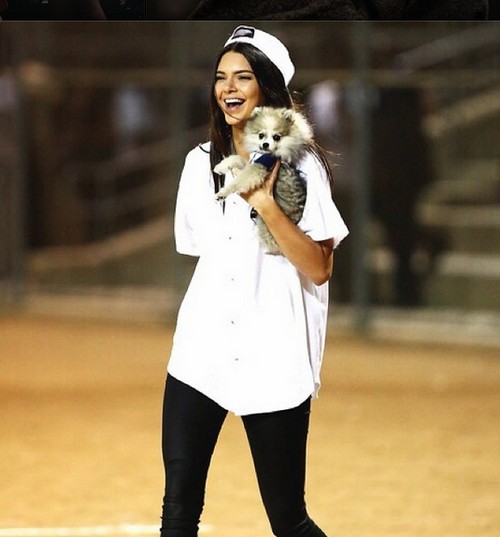 The Kardashians live in a fant(ass)y world full of unicorns, cameras, sex and Botox flowers. The three sisters, Kim, Kourtney and Khloe, are outspoken tabloid cretins with too much time on their hands and too loud a media voice. While the trio of horrors were sleeping their way to the top, another couple of quasi-Kardashians appeared like an formerly unknown Amazonian tribe and stole Bruce Jenner’s magic Botox cream.

Kendall and Kylie Jenner escaped their Nell-cave not too long ago – the smell of burning fame was too much to bear. 16-year-old Kylie is obviously jealous of 18-year-old Kendall’s sudden rise to fashion fame. The young ‘un made this quite clear when she called her sister a “whore” on social media last week. According to Radar Online, “Kylie Jenner, 16, posted a pic of big sister Kendall, 18, giving her the finger at a Pac Sun showroom on July 18, captioning her attitude-filled Shots photo ‘bein a wh*re never looked so fun.’”

Soap.in.mouth.no? No. Siblings have “nick names” for one another – I call my younger brother “Mochachos” because his last name is the Italian version of supercalifragilisticexpialdocious.

What do you think? Will the Kardashians take over the world one day? Will Kendall and Kylie become the next Kim and Khloe? When will the horror end? Let us know your valuable thoughts in the comments below